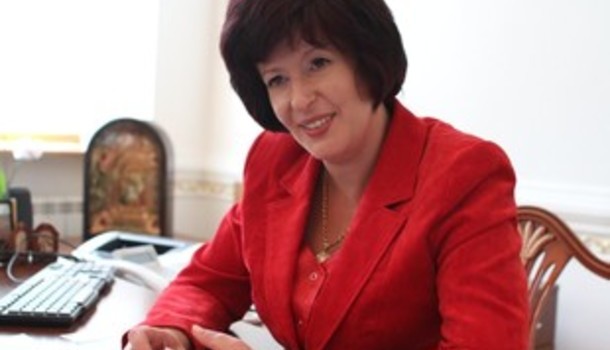 In a landmark move, the Ukrainian Parliamentary Commissioner for Human Rights, Valeriia Lutkovska, has outlined her support for the creation of hate crime laws to tackle violence and discrimination against LGBT people.
Her statements appeared in her office’s annual report on the State of Human and Civil Rights and Freedoms in Ukraine, presented at a meeting of the Ukrainian Parliament, June 5.
She also called for an end to the use of ‘homosexual propaganda’ discourse and law, in the Ukrainian context.
Specifically, Lutkovska outlined the need to explicitly include hate crimes against LGBT communities in the country criminal code, alongside other forms of violence and discrimination, such as race and religiously motivated crimes.
Reports Gay Star News: ‘Lutkovska made the call in an annual report on the state of human and civil rights and freedoms in Ukraine published on the Commissioner’s website. Currently the Criminal Code of Ukraine contains a number of articles which increase responsibility on perpetrators if the crime is committed “under motives of racial, national, or religious intolerance” – in particular, Article 126 covering “beatings and torture,” Article 127 covering “Torture,” and Article 129 which covers “threats with murder”. Currently these articles do not take into account anti-LGBT motives as an aggravating factor.’
The Commissioner wrote in the report ‘According to the monitoring of the Commissioner for Human Rights, cases of hate crimes and hate speech directed against the … LGBT community remain commonplace [in Ukraine] adding, “Recently, cases of openly impertinent attacks and physical violence against members of sexual minorities, particularly LGBT activists, have become more frequent.”
She also highlighted specific hate crimes against LGBT people, committed in the past year, which have already been cause for concern from Amnesty International and other international human rights associations.
Her moves were welcomed by LGBT activists in Ukraine and throughout the region.
For more information see the Gay Star News article.