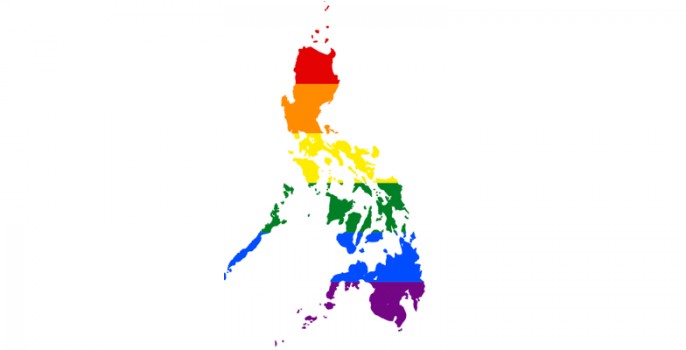 LGBT groups in the Philippines have announced a new event to coincide with the International Day Against Homophobia & Transphobia. Called, “The Grand Reunion: (L)et’s (G)et (B)old (T)onight!” the event blends politics and partying ! On May 16, there will be a day of action in Quezon City and don’t miss the pre-celebration on May 14.

The events will start at 6:30PM at the MCC Quezon City Aurora, Cubao Center.
This is a pre-IDAHOT activity that will feature a discussion on Embodying IDAHOT: Facing Biases & Inner Biatches Towards Personal Transformation & Effective Social Action. It will also include a short film viewing and a MANDALA-MAKING Activity!
Organiser is the Metropolitan Community Church of Quezon City (MCCQC)

We have a fun, informative and creative night planned for all of you. First timers and guests are welcome to join us. See you! Organisers say that “the event is not purely fun and party. It is educational and historical too, as we depict one of our country’s historical highlights – The Cry of Pugad Lawin. In their time, Filipinos tore off their tax certificates to symbolize their freedom from slavery. LGBT Pinoy team, in the present time, plan to wear hospital wristbands at the start of the event. After the educational and inspirational talks and numbers, the team plans to tear the said wristbands to symbolize that LGBT are not diseased, both individually and as a community, and that we are freeing ourselves from the burden of any kind of discrimination.”
They also explained about the name of the event: “the representation of the letters in LGBT are merged and called into unison – bold enough to bridge any diversity, and brave enough to fight and shout for equality.”
The event will feature LGBT icons of yesterday and today in different fields.
Further details of the event are still being polished by the team. It will be held on the 3rd of May, 2014, in Quezon.
For more info see:
Event page on facebook
Association of Transgender People in the Philippines
Find more detail about LGBT Pinoy on their page.

Day of action at Welcome Rotonda, Quezon City on May 16

On May 16, there will be a day of action to highlight key issues of Pinoy LGBTs especially homophobia and transphobia at home, in schools, and at the workplace. Participants from different communities in Manila and nearby provinces will hold a short program at Welcome Rotonda, Quezon City, including a marching walk. It will start at 2pm.
This activity aims to:
1. Draw media attention to the issue of homophobia and transphobia,
2. Demand attention from policymakers and engage in lobbying activities, &
3. Gather like-minded organisations and develop new partnerships.

STORIES OF BEING ME: A Film Showing As the UP Center for Women’s Studies’ way of commemorating this year’s International Day Against Homophobia and Transphobia, they have partnered with Being LGBT in Asia, UNDP Philippines, B-Change and USAID Philippines and organised a screening of several short films that deal with the lives, issues and challenges of LGBT people across Asia. ‘Stories of Being Me’ is a campaign that supports the well-being of young sexual and gender minorities. Friends, family and allies, are all invited to come to the UP Film Center on 16 May (Friday) 5:30PM. This fabulous rainbow event is free and open to the public, so bring your friends and share this message to as many people as you can.
Visit their Facebook page for more details.
UPFI Film Center, Magsaysay cor Osmena Aves., University of the Philippines Diliman
Quezon City, Metro Manila 1101