[box type=”note” ]We are still busy collecting information on this year’s IDAHOT activities and are waiting to hear back from activists and event organisers. If you have information to share with us, please write us at contact@dayagainsthomophobia.org[/box]
The government of Montenegro hosted the Third International Ministerial IDAHO Forum 10-12th May.
The forum was titled “Ending hate crime and violence” and gathered senior representatives of national governments, the Council of Europe, the Parliamentary Assembly of the Council of Europe, the European Commission, the European Parliament, Law Enforcement and the European Govermental LGBT Focal Points Network representatives, as well as members of international and national non-governmental organizations dealing with LGBTI issues. The governments and civil society from across Europe dicussed and committed to improving the situation of LGBTQI-people.
Participants released a video message from the forum to LGBTQI Youth.

The programme included discussions and presentations such as:

• Two Years of Impact working for lasting change: Progress achieved to date on the agenda by European IDAHO Forums 2013-2015
• Taking a comprehensive approach tackling discrimination in Europe: Hate Crime, Bias Crimes and Violence Against LGBTI People
• 3rd IDAHO informal Ministerial meeting
(for Ministers from the EU and the Region only)
• Combating Myths and Stereotypes with Tools for Police and Judicial Education on LGBTI: A review of the best available practices to combat myths and stereotypes about LGBTI people
• Regional approach: Mutual learning, exchange of best practices and cooperation in combating discrimination and promoting equality for LGBTI people

One of the main events at the forum was the publication of two documents by the Commissioner for Human Rights of the Council of Europe and the Fundamental Rights Agency that represent a true tipping point for the achievement of intersex human rights.

The Issue Paper on “Human Rights and Intersex people” published by the Commissioner Mr. Nils Muižnieks comprehensively maps how the medical norms of so-called female and male bodies have led to routine, non-consensual, medical interventions based on the misheld belief that sex is a dichotomy. The document also highlights the shame and secrecy around intersex bodies that allow these practices to go on for decades now, while the human rights of intersex people have been at stake and, for the most part, unaddressed. 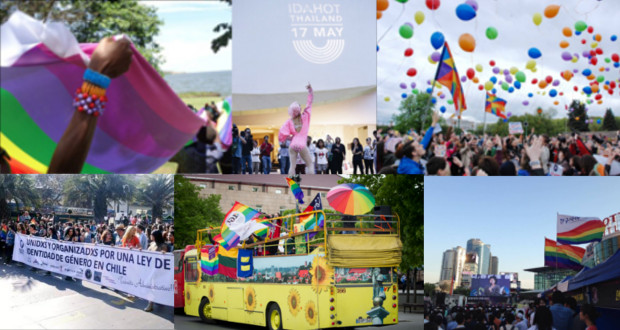