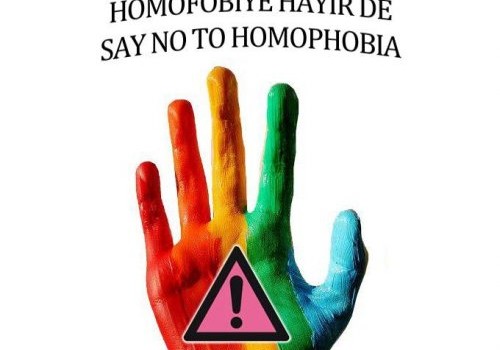 The international human rights organisation, Human Rights Watch, has issued a stark condemnation of the recent wave of hate crimes against LGBT people in Macedonia. They have called on the government to investigate, condemn and prosecute the perpetrators.

(Berlin, July 10, 2013) – The Macedonian government should ensure a thorough investigation into the series of anti-LGBTI attacks in June and July 2013, Human Rights Watch said today in a letter to Prime Minister Nikola Gruevski. The victims included human rights defenders who gathered in the LGBTI (Lesbian, Gay, Bisexual, Transgender, and Intersex) Support Center in Skopje at the beginning of the Gay Pride Week and a famous actor who had come out as a gay man.
In the most recent attack, on July 5, unidentified people tried to set fire to the LGBTI Support Center in Skopje. Preliminary findings by the fire brigade and the Skopje Police Inspection Department show that someone had climbed on the roof, removed a dozen roof tiles, spilled gasoline on the roof planks, and set them on fire.
“Anti-gay thugs are targeting people who support equal rights on the basis of sexual orientation and gender identity, and the Macedonian government seems to be turning a blind eye,” said Boris Dittrich, LGBT rights advocacy director at Human Rights Watch. “Not a single government official has publicly spoken out against these blatant attacks, leaving LGBTI people even more vulnerable to violence and discrimination.”
Skopje’s Pride week was opened in the LGBTI Support Center on June 22. Witnesses told Human Rights Watch that about 40 LGBTI activists were inside, at a film screening. A mob of about 30 people gathered outside, shouting derogatory and homophobic slogans and threatening the people inside. The assailants threw stones, bottles, and bricks at the center, wounding a police officer who had arrived on the scene, the witnesses said.
One of the leaders of LGBT United Macedonia, who was inside the center at the time of the attack, has since received several death threats on Facebook.
On June 25, a mob gathered outside the house of the openly gay actor and LGBTI human rights defender Petar Stojkovikj, who was inside with his partner. The mob threw stones at the house and shouted threats and homophobic slurs.
Most of the targets of the attacks filed complaints with the police. But no one has been arrested and the authorities have not provided information about any investigations they may be undertaking.
“The police have a responsibility to protect all Macedonians, and to investigate all crimes,” Dittrich said. “The prime-minister and the other government ministers should show some political leadership by calling on all Macedonians to halt the anti-LGBTI violence and discrimination.”
Since 2005 Macedonia has been involved in a “stabilization and association” process with the European Union as a candidate for future membership. Article 21 of the Charter of Fundamental Rights of the European Union, which entered into force in December 2009, prohibits discrimination, specifically including discrimination on the basis of sexual orientation.
The European Commission wrote in its progress report on Macedonia in 2012:
The Anti-Discrimination Law is still not fully in line with the acquis; discrimination on the grounds of sexual orientation is still omitted. The Lesbian, Gay, Bisexual and Transgender (LGBT) community continues to suffer from discrimination and stigmatization…. The framework law on anti-discrimination does not explicitly prohibit discrimination on grounds of sexual orientation in employment and occupation and is therefore not fully in line with the acquis. A structured and systematic data analysis on discrimination has not been established. Awareness raising activities on equity and non-discrimination need to be intensified.
On March 31, 2010, the Committee of Ministers of the 47 member states of the Council of Europe unanimously adopted recommendations to combat discrimination on the grounds of sexual orientation or gender identity. Macedonia is a member of the Council of Europe and its foreign affairs minister agreed to the recommendations.
The governments agreed to ensure effective, prompt, and impartial investigations into alleged cases of crimes and other incidents in which sexual orientation or gender identity could have been a motive, leading to appropriate punishment. They also agreed to take appropriate measures to combat all forms of expression that would promote discrimination against LGBT people, including in the media and on the Internet. They said that government representatives should promote tolerance and respect for the human rights of LGBT people when speaking with representatives of civil society, including media, sports, and political organizations, and religious communities.
And they said public authorities should publicly condemn any unlawful interference with freedom of expression and peaceful assembly, notably for LGBT people.
The Macedonian government needs to abide by these commitments, Human Rights Watch said. Officials should publicly denounce violence and hate speech against LGBTI people, investigate discriminatory incidents promptly, thoroughly, and fairly, and bring those responsible to justice. The authorities should take all necessary measures to prevent similar incidents in the future.
“This troubling spate of anti-LGBTI attacks makes it all the more critical for the Macedonian government to take its Council of Europe commitments seriously,” Dittrich said. “The government silence after these attacks, combined with its general disregard for the basic human rights of LGBTI people, contributes to a vicious climate in which hate-filled people believe they can harass and threaten LGBTI rights defenders with impunity.”
For more Human Rights Watch reporting on Europe and Central Asia, please visit:
http://www.hrw.org/europe/central-asia
For more Human Rights Watch reporting on LGBT rights, please visit:
http://www.hrw.org/topic/lgbt-rights
For more information, please contact:
In Amsterdam, Boris Dittrich (English, German, Dutch): +1-917-535-3863; or dittrib@hrw.org
In New York, Graeme Reid (English): +1-212-216-1288; or +1-203-606-5847 (mobile); or reidg@hrw.org
Photo: May 17 2013 Campaign from www.lgbtmacedonia.org