Spain will host a variety of actions on May 17 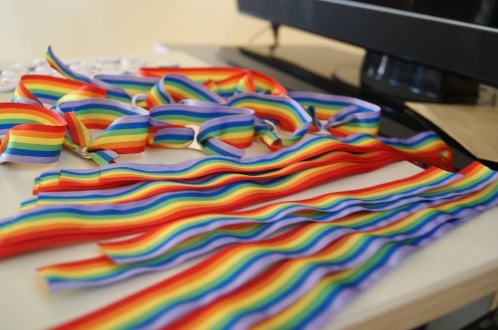 In Spain, numerous groups and organisations are preparing for the International Day against Homophobia and Transphobia in various cities and provinces, including Valladolid, Valencia, Madrid and Alicante.

The schedule of activities will be: On Thursday, May 15: Presentation of the video “LGBT-Phobia in our streets”
On Saturday, May 17: Kiss-In against LGBT-Phobia
The platform Apoyo al Colectivo LGBT+ (Support of LGBT+ people) from Valladolid is formed by activists, joined to fight discrimination. Its main objective is to combat LGBT-Phobia in Valladolid and the province. To do so, they organise all kinds of activities. These activities can be demands, or also a service for the LGBT+ population of Valladolid.
These can be, for example, legal assistance and support in dissemination in the media in case of homophobic or transphobic attacks, or help and advice to teenagers and their families if they wish to ‘come out’.
As education in tolerance and respect is essential to prevent discrimination, they also give workshops at educational centres. They also perform advocacy activities on commemoration days.
To carry out the activities they seek the cooperation with all associations, organisations or institutions that are interested.
For more information visit their website, follow them on Twitter or see their Facebook page.

VALENCIA: The organisation LAMBDA – col·lectiu de lesbianas, gais, transexuales y bisexuals (LGTB Collective) – in Valencia , Spain is in the midst of organising for May 17.

On Saturday, May 17 at 7pm, they invite everyone to join on the Plaza de los Pinazo de Valencia (at the exit of the metro station Colón) for the manifestation of the International Day against Lesbophobia, Homophobia, Biphobia and Transphobia (LGTB-Phobia), commemorating the date of the removal of homosexuality from the list of mental diseases by the World Health Organisation (WHO).
This 2014, in the International Year for LGBT Human Rights, they have prepared a surprise to claim an end to the violence worldwide and the escalating LGTB-Phobia that we are suffering from, especially in certain parts of the planet, but with the awareness that no country is free from discrimination and violence against lesbian, gay, bisexual and transgender people.
LAMBDA, is a non-profit organisation that was founded in September 25, 1986 prompted by the situation of legal discrimination and social marginalisation homosexuals, bisexuals and transsexuals were suffering under.
Since then, Lambda work has been:
In society, publicly denouncing the legal discrimination and social marginalisation of lesbian, gay, bisexual and transgender people, educating about the reality of homosexuals, bisexuals and transgender, and fighting for full legal and social equality of all people regardless of their sexual orientation and/or gender identity.
In the LGBT community, promoting health, social participation and solidarity, as well as providing support services.
For more information visit their website, follow them on Twitter and visit their Facebook page.

MADRID: The organisations COGAM and Arcópoli in Madrid, Spain are currently preparing for the actions planned for the International Day against Homophobia and Transphobia.

Arcópoli are organizing a street event on Saturday, May 17 at 6pm, which they will create a giant mural with LGBT rights in the world and they will have various activities to raise awareness about the situation of LGBT people in the world. For the finale, they will finish the activities with displaying their giant LGTB flag to finish with a performative act to demand from the government of Spain to work towards equality worldwide. Additionally, they have also organised a talk with Amnesty International on Monday, May 12, in which they will discuss AI’s work done in the field of LGBT rights.
Arcópoli is an association that works for social and legal equality for LGBT people. Born in 2004 in the ETSAM, later on it in turned into a central association in all UPM (Universidad Politécnica de Madrid), now they are also present in the Faculty of Informatics at the UCM (Universidad Complutense de Madrid). Although their main objective is within the University environment, they are open to all who wish to join their project regardless of their relationship with the University. Since 2006 they are part of the State Federation of Lesbians, Gays, Transsexuals and Bisexuals (FELGTB) where they work with activists around the Spanish area and even internationally.
On the other hand, the organisation COGAM is working to confirm talks in their rooms and a rally at 7pm (location will be confirmed).
COGAM is the LGBT collective of Madrid that has worked for more than 25 years towards equality for LGBT people. It is one of the founding institutions of the FELGTB and one of the driving forces since the beginning for gay marriage in Spain.

COGAM develops numerous projects to raise awareness and draw attention to the diversity of the LGBT community. Among them, practicing fast HIV testing, going to schools to talk about sexual and gender diversity and having an information service to the LGBT community.
Both organisations are part of the State Federation of Lesbians, Gays, Bisexuals and Trans (FELGTB) of Spain.
For more information visit the website, Twitter or Facebook organisations:
Acrópoli: website, Twitter and Facebook
COGAM: website, Twitter and Facebook

ALICANTE: The organisation Diversitat Alicante, Spain will be hosting a series of events around May 17.

As part of the activities of May 17 they have planned the following events:
May 10: The first edition of the “Angie Simonis” awards
This award is named after the activist Angie Simonis, who was president of the Collective from 2005 till 2007 and recently passed away. It is their unique tribute to this fighter for the Human Rights of the LGBTI Collective, especially for the visibility of lesbians.
Diversitat’s directive together with its members and partners have voted 3 winners of this First Edition: Individual, Collective and Institution/Association.
The winners of the Angie Simonis 2014 awards are:
Amnesty International (Combating Discrimination in the World)
University of Alicante (for Equality)
José Luís Rodriguez Zapatero (Civil Rights and Legal Progress)
Thursday, May 15: Presentation of the theatre play ” Wonderful ”
12:00 Parainfo University of Alicante
San Vicente del Raspeig
May 17 : Video forum LGBT (Activity to be determined) Diversitat is a non-profit association comprised of women and men located in the Counties of Alicante, who- among other things- are united as Lesbian, Gay, Transgender, Bisexual and Intersex (LGBTI) but also in the defence of Human, Civil, Cultural, Political and Economical Rights which everyone is entitled to.
In the same way, heterosexual women and men are also part of the group who from the desire for a complete, free, democratic and respectful society see it necessary to overcome thoughts or opinions that are missing the rights of some part of society.
DIVERSITAT is also an active member of the State Federation of Lesbians, Gays, Transsexuals and Bisexuals (FELGTB) the first and most representative organisation in Spain. They are also a collaborating and/or advising institution to Municipal and Provincial Councils such as the Youth Council and the University of Alicante.
For more information visit their website, follow them on Twitter or visit their Facebook page. 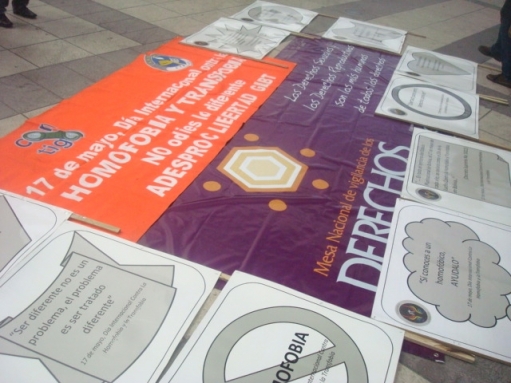