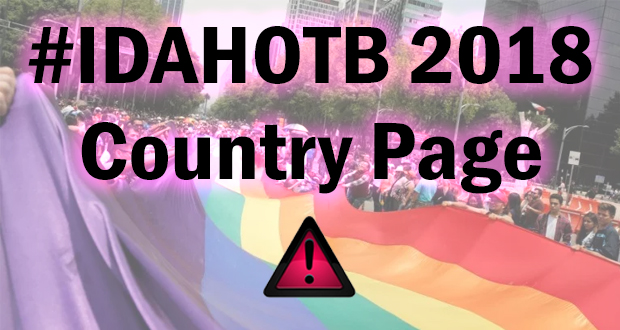 There are far too many events worldwide for us to be able to report on them all. Also, for security reasons many events cannot be announced ahead of time.
We’re listing in our pages the events which were directly brought to our attention

IDAHOT RALLY IN ST. PETERSBURG TAKES PLACE DESPITE BANS
“Coming Out” LGBT* group organized its anniversary 10th IDAHOT rally in St. Petersburg, Russia, under the slogan “Different. Equal. Together”, the Russian take on the international version “Alliances for Solidarity.” 150 participants took part, who had to be brought by buses, for reasons of safety. There were speeches, music, and the traditional balloons of all colors, including black (dedicated to LGBT* of Chechnya).
For an external observer, the action seemed peaceful and innocent, but behind the scenes, it involved working with 7 different regions of the city: informing their administrations, receiving “bans”, challenging them in courts, negotiating with the police and the city ombudsman. The rally site was changed several times, last time one hour before the event, after we learned that 200 kids were brought to the site we announced, for an event aimed at “propaganda of healthy lifestyle,” and the police told us in no uncertain terms that rally participants would be detained.
Our rally site was a “hyde park” of one of the “sleeper neighborhoods” of the city (since our favorite central location Marsovo Field is no longer available by law). The police, however, seemed unaware of the law regulating “hyde parks,” and while everyone was celebrating, our lawyer was explaining the law to a group of riot police in full gear. Thanks to her efforts, instead of detentions we were provided with protection.

​
The number of participants was modest compared to western prides, and the location was not the beautiful center of the city. But, for almost an hour, the International Day against Homophobia and Transphobia was celebrated under open St. Petersburg skies.Because of the criminal ignorance of our government and society, millions of Russian citizens are today without rights, support, or protection. Any sexual orientation that differs from heterosexual can form basis for discriminatory legislation, threats, psychological and physical violence on the streets and in families, inhumane torture, and even murder of LGBT people in the North Caucasus. As the space for freedoms shrinks around us, the chance to come out in the open and speak out about what’s important becomes all the more meaningful for LGBT* people, and for all those who care about justice, equality, and humanness in Russia.

Samara
Volunteers from Samara LGBT movement Avers (Russia) and from Pride St Louise (USA) will meet together in 19 of May. Samara and St. Louis are twin cities. In 2018, we managed to establish communication, make a cultural exchange project between the two countries. We are proud that on this day we, people from two different sides of the world, will be together.
Our volunteers, including trans-activists, feminists, experts, HIV activists, both MSM and bisexuals, will continue to strengthen the links between their communities in joint social theater projects, the community center projects and photo-video – exhibitions that will be held this year in Samara.
And on May 19, we will go to nature and raise our solidarity, our community and celebrate IDAHOT. Reporting from Moscow
“Many Russian cities organized different amazing, creative and challenging events throughout the whole country. There have been puzzles in squares, paintings in open spaces, flash mobs, demonstrations, pickets and other ways to express the need for solidarity in the Russian society.
In Moscow two different events took place, consecutively. A group of activists organized a flash mob in front of the High School of Economics main building. The university is known to be relatively tolerant towards LGBT* because of its internationality. We intended to inform the young students of the discrimination and oppression that takes place every day and raise their awareness towards this problem.
In turns, we stood with a single picket and other participants gave leaflets to students and passer-by’s explaining what we do today. We decided to make the leaflets look like a health certificates on one side, stating that being gay, bi or pan is not an illness. On the other side we presented a short information about the meaning of that day, referring to the 17th may, 1990. We were incredibly surprised that the majority of the people we talked to reacted positively or at least neutrally to our message. Many of the students even encouraged us to continue our work and wished us luck. Some even asked how they could help to change the situation. It was an unexpected but a very encouraging outcome of our event. We had to leave after an hour because the universities security guard called the police. Not because we were loud or breaking any laws but because we had rainbow-posters and talked openly about our rights. But nevertheless, we stayed in high spirits knowing that our doing was not meaningless.
Right after that the international festival Side By Side held its opening ceremony. It was a full house. The opening movie was chosen be “Tom of Finland” whose illustrations of outgoing and rugged homosexuals became a cult in the gay subculture. After the movie a discussion was held with the protagonist of this film- Pekka Strang.
To organize all these and the following events dedicated to IDAHOT celebration, several LGBT* organizations from Moscow allied to spread the need for solidarity, acceptance and understanding in Russia’s society. Together we can achieve our goal and help people understand that all love is equal.” 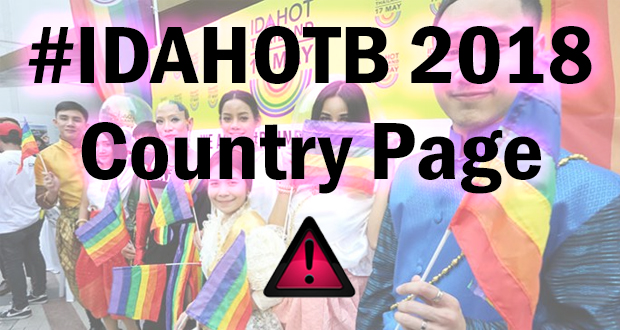