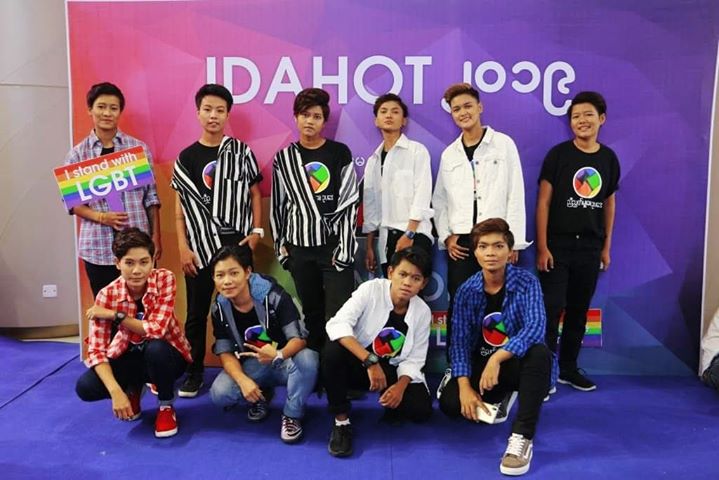 On 17thMay 2019, Colors Rainbow coordinated an IDAHOT event at Junction City, one of the biggest and most famous shopping malls in Myanmar, in order to raise awareness on what it means to be LGBT in current Myanmar society and sensitize the public to the challenges they face. The event was a great opportunity to give members of the community a safe space to express themselves, be together and be themselves. A program of entertainment and educational activities was prepared, with songs and dances, theater plays, discussions and speeches, with the aim to attract and educate the public. Booths from Colors Rainbow, Top Center, Medecins du Monde, &PROUD and other organizations shared publications and promotional items, while Colors Rainbow staff and volunteers explained what IDAHOT is to the visitors. The event was a great success and we estimate that about 1,500 visitors came to the event, including about 500 members of the LGBT community. Partners were Open Society Foundation, Foundation for a Just Society, Swedish Institute, Partners Asia, and Junction City as venue sponsor. In addition, implementing partners were NTPAM, &PROUD, Trans Women Queen Family, Rainbow Alliance  and Rainbow Six.

In the week prior to the event, Colors Rainbow and the French Institute organized a screening and debate on the legal system in Myanmar and how it is repressive to LGBT people.  Daw Nang Hsu, Access to Justice Coordinator at Colors Rainbow facilitated the discussion while U  Kyaw Hoe, Lawyer, Counsel of the NLD and member of Central Executive Committee of NLD, member of the Union Legal Aid Board and Member of the Legal Advisory Committee of the LGBT Rights Network, intervened on the repressive legal framework in Myanmar.  About a 100 persons attended the event, which was very successful.

Following the success of last year, where about 25 embassies and UN agencies raised a rainbow flag to show support to IDAHOT day and fight discrimination and homophobia in Myanmar, a larger campaign was launched which included private companies. A total of 297 flags were distributed and flew in Yangon and other cities around the country. In addition, Colors Rainbow created a profile frame for Facebook which was used widely by supporters.

Colors Rainbow was invited to share the findings of its study on discrimination of LGBT persons in the workplace in Yangon and Mandalay at an event organized by the Myanmar Centre for Responsible Business (MCRB) on 9 May 2019. The workshop welcomed about 120 participants from Myanmar and international companies and was an opportunity to discuss the risks and cost of discrimination for private companies, while highlighting good practices in terms of inclusiveness and respect for diversity. 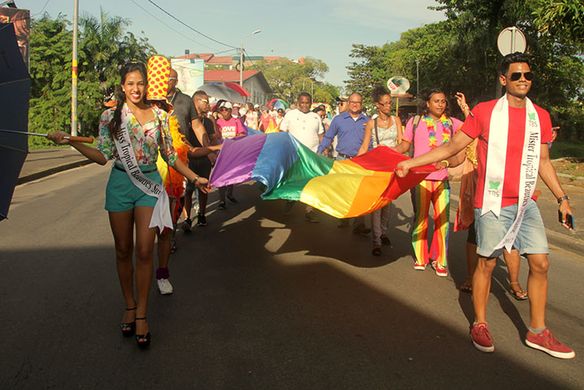 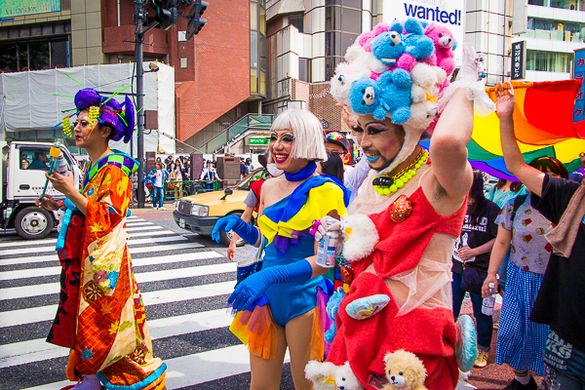