The International Day Against Homophobia and Transphobia 2014, was marked by various actions in different cities in Sweden, including Stockholm, Örebro and Halmstadt. Aside from this, the Swedish government also co-hosted the International IDAHO Forum 2014, together with the government of Malta, which was held in Valletta, Malta. The 2-day conference brought together top political representatives, and civil society associations, from across Europe.

Sweden co-hosts 2nd annual International IDAHO Forum, together with Malta
Erik Ullenhag, Swedish Minister for Integration was amongst the delegates – which included representatives from 17 European states.


More information about the Forum, as well as Sweden’s participation in the co-ordination, and what representatives had to say, can be found in this press release, as well as on the official IDAHO Forum 2014 website.
A full video of the press conference from the Forum can be seen here:

Del LaGrace Volcano talks “Intersex 101” in Örebro
In Örebro, Sweden, local communities came together for a lecture entitled “INTERSEX 101 OR HOW THE BINARY GENDER SYSTEM VIOLATES THE HUMAN RIGHTS OF EVERYONE”, given by well-known international artist and activist, Del LaGrace Volcano. The event posed the key question – How are the human rights of intersex people violated and why should this be a concern for all of us?

Organisers explained: “Del LaGrace Volcano is an artist and activist working to create a world where the diversity of the human body is both recognised and celebrated beyond our current system; a system which only validates people with bodies and gender that conform to female and male. A visual and performative political and personal lecture that offers practical advice on how to resist the rising tides of gender conformity and market forces.”
The lecture was co-ordinated by Örebro Rättighetscenter, Örebro läns museum, RFSL Örebro and ABF Örebro, and was held on May 14. You can find more details about the event on the website or Facebook.
RFSU Halland actions in Halmstadt
To commemorate IDAHOT 2014, in the city of Halmstadt, LGBTI communities, political parties, youth organizations and civil society associations came together for a day of events – co-ordinated by the group RFSU Halland. Stalls with information were set up, and a flashmob action also took place. At the Town Hall, the rainbow was also flown in honour of the Day.
Organised under the banner, “Together we make a difference! For everyone’s freedom to choose, freedom to be and freedom to enjoy!”, more about the programme can be found at the RFSU Halland website or on the Facebook event page.

Various events in Stockholm
In Sweden, communities came together for a packed day of various events around the IDAHOT 2014 – actions included an art & photo exhibition / presentations / campaign launches and the unveiling of a plan to set sail from Helsinki to St. Petersburg to protest LGBTI discrimination in Russia ! Local communities also saluted the Austrian winner of the Eurovision Song Contest 2014, Conchita Wurst, and the launch of a new group – International Rainbow Seniors – was also announced.
You can read more about this year’s actions in the organisers’ press release, which follows in full:

Stockholm meetings at culture center, gay bar: Press Release, May 15, 2014
TUPILAK/ILGCN SALUTE TO IDAHO DAY 2014
Stockholm — “This was our way of saluting this year’s IDAHO — international day against homophobia on May 17 — and its 2014 theme “Freedom of Expression,” says Bill Schiller of Tupilak (Nordic rainbow cultural workers) and ILGCN (international rainbow cultural network) Information Secretariat-Stockholm of the event taking place on May 14 at the Folklore Centrum and the award-winning gay bar Side Track — both on this city’s southern island.
“We not only meet for social get-togethers but also to inform local politicians, administrators of homes for the elderly and medical workers — people sometimes totally unaware of the existence and needs of LGBT elderly,” said Agneta Wirén of the Gothenberg Senior Group from this Swedish west coast city.
Another special guest at this event, Frank Lee of Taiwan– a participant of the first-ever Stockholm “Gay Photographers Exhibit”– displayed his work and mentioned that he will be creating giant-sized photos of LGBT people at Stockholm’s international airport Arlanda during the coming Stockholm Pride this July. “I would also be pleased to have my work included in the Tupilak/ILGCN international art and photo exhibit.”
Examples of the collection’s Belarus art and photography were displayed, along with the presentation of the plan for “Swedish-Belarus Queer Cultural Days” 2014 for Belarus and Swedish cities — an idea originated by Maksim Haikou of Minsk.
Also in the spirit of IDAHO’S “Freedom of Expression,” plans were presented for a boat trip from Stockholm to St. Petersburg waiving the rainbow flag in ports of call including Tallin, Helsinki and St. Petersburg — to challenge the Russian ban an “homo propaganda.” Also, a salute to the rotating Baltic Pride — this year taking place in Tallinn and starting on June 2.
“Combating freedom of expression of LGBT people all over the world by all the major religions,” said Carl Johan Kleberg of the Nordic Rainbow Humanists.
Poetry with a Chinese theme was presented by Swedish Tupilak member Tomas Åberg and the Folk Lore Centrum owner Izzy Young read poems of his friend, the late American revolutionary gay poet, Allan Ginsburg.
Discussions also ended with a salute to the Austrian winner of the Eurovision song contest, Conchita Wurst for being an enormous contribution to tolerance and diversity in a Europe these days threatened by facist and homophobic parties in many nations.
As part of the “freedom of expression” theme, we are also announcing the formation of a new group called International Rainbow Seniors – Sweden promoting LGBT culture and international ties — well aware that many nations even with a strong Pride movement still ignore the voices of the elderly LGBT people,” says Schiller. 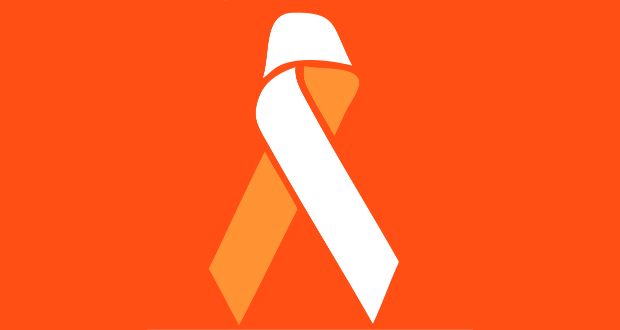