In China, despite some restrictions – involving the arrests of various activists before May 17 – more than 90% of planned events around the country were successfully carried out. This amounted to a total of more than a hundred events around the International Day Against Homophobia and Transphobia 2014.

The following is a short report on just some of the highlights from around the country this year.
Goldman Sachs China LGBT Youth Career Workshop
On May 11, 2014, Aibai Culture and Education Center, Goldman Sachs and Beijing LGBT Center co-organized an IDAHO event “Goldman Sachs China LGBT Youth Career Workshop” in Beijing. This event was also part of Goldman Sachs’ Community TeamWorks (CTW) events in China. 25 LGBT undergraduate and graduate students from 12 universities in Beijing participated in the event. Through interactive one-to-one conversations, volunteers provided career coaching to LGBT college students, involving the exchange of practical tips and personal experiences. Queer film screening and discussion in Beijing
On May 16, The Crossroads Centre and the Beijing Queer Film Festival hosted an IDAHOT event with the support of of the French embassy, DKT International Beijing and the EU Delegation. Taking place in Library of the Goethe-Institute, the event included the screening of the documentary Global Gay followed by a discussion with the producers Valérie Montmartin and Alexandre Marcel as well as the members of the Beijing Queer Film Festival’s Committee.

Release of new report on gay and lesbian well-being
On the same day, The Beijing LGBT Center and Institute of Psychology under the Chinese Academy of Sciences released a report on the emotional, psychological, and social well-being of gay and lesbian people in China, to mark the Day. The report is the first national survey on the mental health of gay and lesbian communities, and it focuses equally on both men and women, unlike similar surveys in the past that were focused only on gay men. A total of 1,600 respondents from all over the country completed the survey, and about 30 percent were found to have a tendency towards depression, and about 20 percent were identified as facing a particularly high risk of depression.
Beijing Queer Chorus joins the global Sing-in for IDAHOT 2014
On May 17, Beijing Queer Chorus (previously known as Tianjien Gay Chorus) performed an IDAHOT concert at Sunrise Hall, Caoyu Theater, Beijing.
Mountain hike in Changsha, Hunan Province
In Changsha, Hunan Province, despite the annual Pride Walk event being suspended by authorities, volunteers still went through with the event by proudly hiking a local mountain trail.
Storytelling and community-building in Liaocheng, Shandong Province

In Liaocheng, Shandong Province, a local LBT community organization gathered at a village fair to share their stories of being LGBT with villagers and raised visibility and awareness of LGBT issues in rural areas. 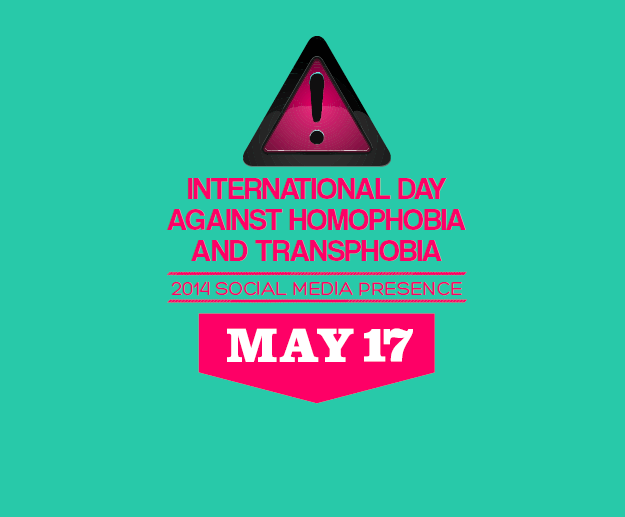 Research Confirms May 17 as Essential Annual Date on Social Media