In Ljubljana, Slovenia, IDAHOT celebrated with a joint event together with the International AIDS Candlelight Memorial 2015. Additionally, Ljubljana Pride hosted an event that took place a few days before IDAHOT.

Additional Information:  The organisation Legebitra has decided to join IDAHOT and Aids Candlelight memorial into one event on the 17th of May. It will happen at their cultural and information centre Legebitra.

The short programme included: a speech, poetry reading, a short acoustic concert and the lighting candles in memory of persons who died of HIV. The event was rounded up with some snacks and a social gathering where the visitors got the chance to chat and exchange opinions.

On the IDAHOT Slovenia Facebook page, the organisers have published special messages that have been sent by supporters and members of the community.

Also in Ljubljana and in the occasion of the International Day Against Homophobia, Biphobia and Transphobia, Ljubljana Pride Association with support of the Foreign Embassy to Slovenia, hosted a public discussion that drew attention to IDAHOT. The discussion titled “Growing up in a safe environment?” was held on Thursday 14th  May in Pritličje (Mestni trg 2).

Discussion focus: Growing up in a safe environment?

Statement by the Government of Slovenia, Ministry of Foreign Affairs on May 17:

Press statement on the International Day against Homophobia, Transphobia, and Biphobia

Ljubljana, 17 May 2015 – Today is the International Day against Homophobia, Transphobia, and Biphobia. This day serves as a reminder of the universality of human rights, which every individual is entitled to enjoy, regardless of his/her personal circumstances.

Cultural, traditional, and religious values should not be grounds to justify any form of discrimination, including discrimination based on sexual orientation or gender identity. Despite efforts by numerous countries and some progress in this field, lesbian, gay, bisexual, transsexual, and intersexual persons (LGTBI) still face hatred, prejudice, discrimination, harassment, and even violence in many parts of the world. They encounter discrimination at home, at school, and in society. It is for this reason that human rights education plays an important role.

In 2013, the Office of the UN High Commissioner for Human Rights launched a global education campaign against homophobia and transphobia entitled the “Free and Equal”. In September 2014, the UN Human Rights Council adopted a second resolution addressing discrimination and violence against individuals on the grounds of their sexual orientation and gender identity. Slovenia has always supported this resolution.

Slovenia follows the EU guidelines  on promoting and protecting the enjoyment of all human rights by LGTBI persons that were adopted by the EU Foreign Affairs Council in June 2013. We will continue to strive to keep this subject on the agenda of international and regional organisations such as the UN, the Council of Europe, and the EU. Slovenia also aims to eliminate discrimination on the grounds of sexual orientation and gender identity on the national level. 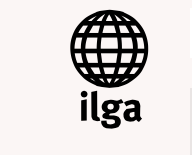