How to mount an effective letter-writing campaign 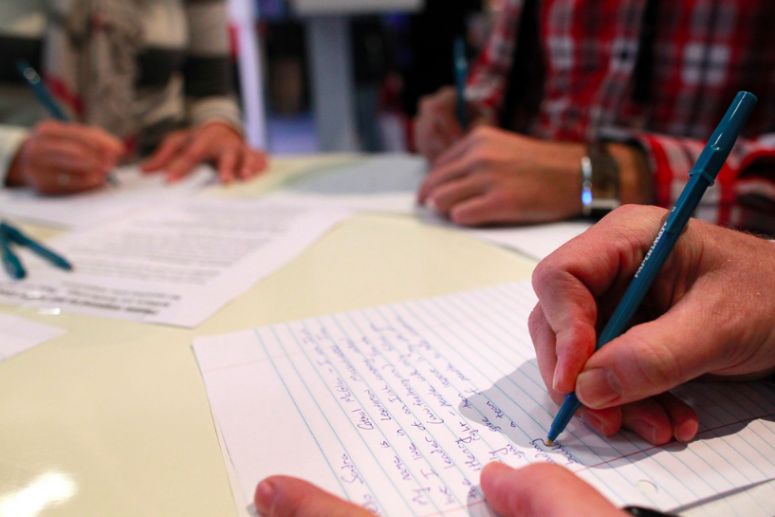 From the release of political prisoners to political change both large and small, letter-writing campaigns have also been a solid staple for social activists across the world. Although modern technology may have replaced the written letter with emails and social media, the tactics within these campaigns still remain largely the same. Today we give you 7 tips to run the perfect letter-writing campaign for IDAHOT 2016.

There are probably hundreds of things you’d like to achieve through activism. Although we all want to end global inequality and discrimination, we sometimes have to set our sights on more reasonable, achievable goals. Even the most successful campaigns will struggle to promote meaningful change if their aims are poorly-defined.
When creating your campaign make sure you have an achievable and easy-to-define goal that you’d like to reach. This might be repealing a law, increasing funding to a certain area, a simple political change, or any number of other goals.
Most importantly of all, make sure your goal is achievable by the group or individual you are targeting. It might be worth researching the power and influence they hold first of all, which leads us to…

You’ve found the issue in your community you’d like to change, but you need also to find out who can change it. If you’re calling for a government official to take action then you should first research the best way to get in touch. Most officials have websites and phone lines that can help you find this information.
For a department, or organization, it’s worth find a direct contact for the person with the power! In a similar way, if you’re contacting a private business then it’s important to make sure you address the person that actually makes the changes.
Overall, writing to a specific individual or group that directly works with your issue is always more important. It’s also important to remember that someone high up the chain might have the power, but will be much harder to contact and

Invite your friends! Family! Loved ones! Community group! Church group! Whoever!
If you already have a campaign group or network established then spread the word to as many people as possible. Modern technology makes this even easier, with Facebook events, Twitter and email.
Set a date (or dates) and a time for everyone to meet, and let as many people know as you can. It might seem obvious, but even the best organized events will fail if not enough people manage to take part.

The more people willing to take part, the better – but it can sometimes be hard for everyone who might support your aims to take part. If you’re holding the campaign as part of an event at a public venue then make sure it’s easy to find, and accessible for everyone.
If possible try to avoid bars and nightclubs, or any other kind of space that might make people uncomfortable. Community centres or conference spaces are usually the best option.
If your campaign isn’t part of a single public event then make sure the information needed to take part is easily available, either online or in an accessible format. One important aspect of this would be creating the basic resources everyone needs, such as a draft letter or email, an address, and the goals of your campaign.
And adults aren’t the only ones that matter! The input of children and young people can be especially powerful and important. Whenever possible, make sure you try to involve young people in your campaign, especially if the issue is something youth-oriented. Getting the opinions and thoughts of a broad range of society is incredibly important when advocating for change!

Let’s be honest: Sometimes campaigning isn’t everyone’s cup of tea! Activism can be a lot of fun, but letter-writing isn’t exactly a thrill-a-minute activity!
If you’d like as many people as possible to get involved then it’s good to have some other form of incentive to attract them.
If you have the funds or the time, food is always a great option. Other activities could include a film screening, tea and coffee morning, or even something as simple of a meet-and-great with other members of the community.

An important part of letter-writing campaigns is raising awareness of your issue. Inviting local media and journalists can be a great way to get your issue into the headlines.
Not only does it raise awareness, but the added attention can help add pressure to those you’re trying to target.
Contact your local newspaper, radio or television stations and speak to them about the issue you’re trying to address. If you’re holding an event then invite journalists along to discuss your aims.
If you know how, writing a press release with important information about your campaign might also be a good way of working with the press.
If you’re expecting a lot of media attention then it might be worth arranging a member of your team to act as the press liaison. This is the person that deals directly with any questions and enquiries and therefore should be someone who is well-informed and articulate when it comes to your issue.

7 – Keep up the pressure

Most importantly don’t forget to keep up the pressure until your goals are met!
A single letter-writing campaign is likely not to bring about all the change you want along. Instead, make sure that multiple campaigns, of different scales and styles, are taken out.
Making your campaign one part of an ongoing campaign for change is the best way to make sure that public opinion remains high, and that those who are capable of making change, do so.

For more tips and advice on campaigns and protests for IDAHOT 2016 keep an eye out for our social media and website updates. Consider also joining our creative campaigning Facebook group.

Looking ahead: Lebanon in 2016