Feminism gave me the words and inspiration 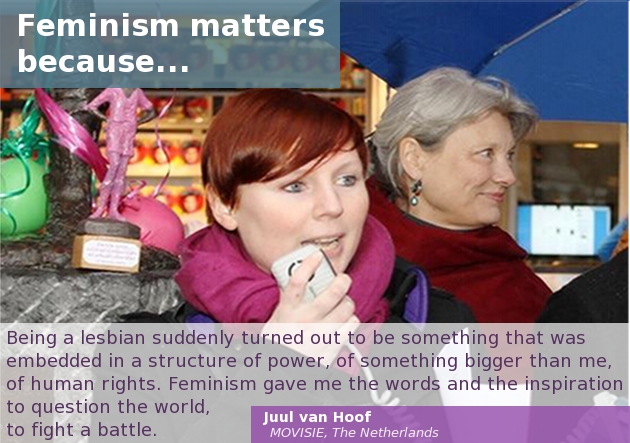 “Feminism matters!
In 1998, my first class in Gender Studies at the University of Amsterdam changed my life.
I was 21 and finally I got to understand power relations and patriarchy on a theoretical level. Until then, feminism was only a word to me. Coming from a middle class background in the south of The Netherlands, with a working father and a stay-at-home mom, I never gave this gendered division of labour a second thought. Although I was brought up to question inequality and was taken to demonstrations against nuclear energy, feminism just didn’t seem to count as a serious form of activism. Me realising I was a lesbian didn’t change my view in this, I just didn’t know any better.
In The Netherlands, the lesbian movement was loosely intertwined with the feminist movement, mainly concentrated in the bigger cities. My move to Amsterdam from this city in the south, meant a radical change for me, in more than one way. I got the space, chance and opportunity to discover my sexuality, but it was my introduction to feminism too. I met women (and men) who wanted to change the world in a way that was both personal and political. Being a lesbian suddenly turned out to be something that was embedded in a structure of power, of something bigger than me, of human rights. Feminism gave me the words and the inspiration to question the world, to fight a battle.
My conviction that societal norms are not a natural given and that resistance is possible (no, needed!) doesn’t always make me popular among my non-feminist friends. Why do I always feel the need to speak out, to question even the “most obvious” things and to get wound up about “self-imagined” enemies? When asked these questions, I laugh and then I explain, again and, if necessary, again. And I think of, in particular, young lesbians from smaller cities in the south.”
Juul van Hoof, MOVISIE, The Netherlands 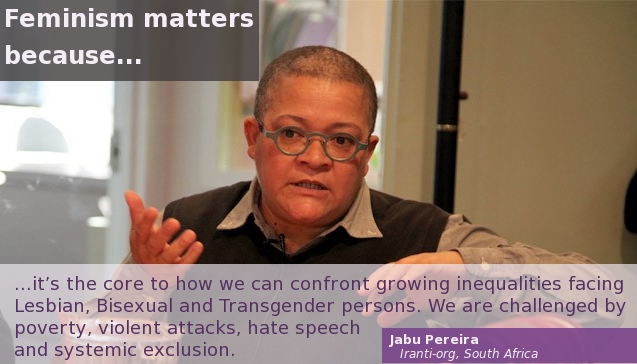 Feminism is the core to how we can confront inequalities 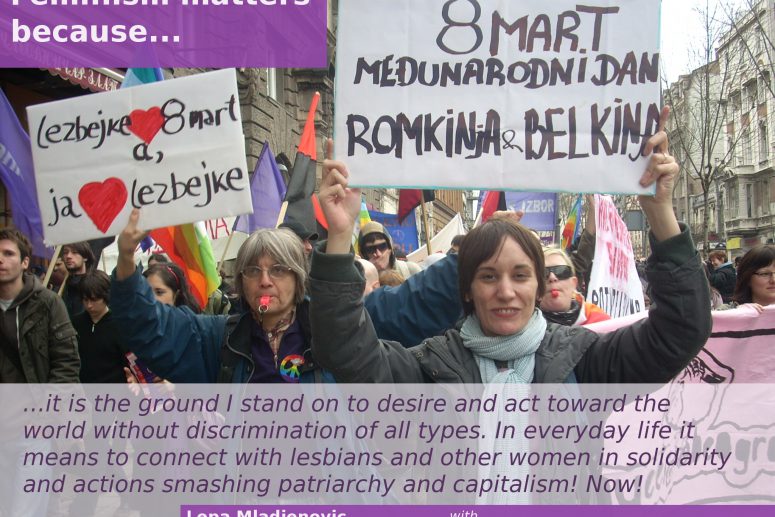 Feminism means connecting with lesbians and other women in solidarity