Cape Verde Gets Ready for First Ever Pride Week 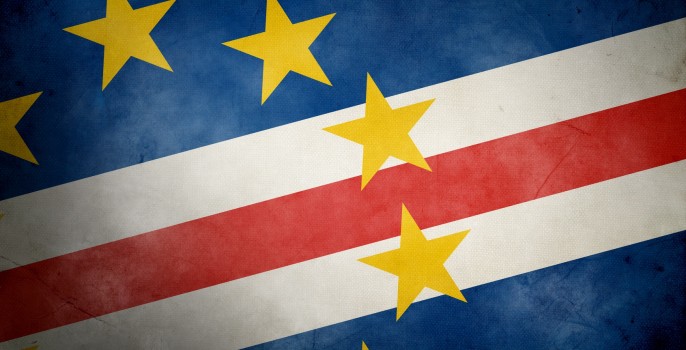 In a pioneering move, Cape Verde gets ready for celebrating its first week for the rights lesbian, gay bisexual and transgender people. Local activists report that it will be only the second pride week ever to take place in an African nation: “We are sure this week will be a landmark in the history of Cape Verde and it will provide its contribution in the defence of LGBT human rights of Africa”.

The following text is from local activists, and appeared originally (in Portuguese) at
http://associacaogaycaboverdiana.blogspot.com.es (where Spanish is also available).

The city of Mindelo will vibrate during the week of 24th to 29th of June since it will be the first time that, visible and openly, Lesbian, Gay Bisexual and Transsexual people of this city – the Lusophone capital of culture – will leave behind the carnival’s mask and the disguise, in order to conquer the streets and to work for the denial of social discrimination.
Cape Verde is the African state with more responsibilities on diversity of all kinds, having very advanced laws for the countries of its own region. Mindelo, for instance, is one of the cities where experiencing sexuality is more common, but always under a very large vision of discrimination that we plan to eradicate little by little with activities as those planned for the “1st Week for the Rights of Lesbian, Gay, Bisexual and Transsexual”.
This activity – the 2nd Pride LGBT in an African state which does not condemn homosexuality – is an act of no precedence in the country, which can be carried out thanks to the initiative of the Cape Verdean Gay Association, whose headquarters are located at Mindelo; and the support of “Fundación Triángulo” (Spain).
For Elvis Tolentino, the vice-president of the Cape Verdean Gay Association, this event is a way of sensitizing cape Verdean society in general, in relation to the LGBT community and the different ways of giving them keys for social integration, promoting respect, struggling homophobia as well as contributing to the construction of a united and cohesive LGBT community. Our activities search for the creation of contacts and exchanges with Africa from an enrichment perspective and through international cooperation. We hope these actions to be the beginning of a journey in favour of the human rights for diverse people in the entire African continent.
Alfredo Pazmiño, president of “Fundación Triángulo” at the Canary Islands, affirms: “It is important to create ways for human development so the cooperation does not become a strategy for cleaning consciences, but instead, a tool for generating the development of social groups that are potentially vulnerable. We want to make public the perseverance of the Cape Verdean Gay Association which has maintain the enthusiasm for this activity since the very first minute, and the answer of Fundación Triángulo, that could not be other than supporting them with its own resources, as it has been done since 2010”
The event organizers invite the International Community to lay eyes on the Atlantic Archipelago from the 24th of June, the opening day for activities, when we will count with the presence of (among other authorities) the General Consul of Spain at San Vicente. Furthermore, from Tuesday 25 to Friday 28 of June, a series of audio-visual materials, short films and full-length films from Brazil, Spain, Argentina and South Africa will be projected where the audience can visualize the treatment towards LGBT matters in other latitudes. The activities are complemented with lectures on Friday 28th of June and finally the “Demonstration for Equality” in the main streets of Mindelo.
____________
More information:
http://associacaogaycaboverdiana.blogspot.com.es/ y http://www.fundaciontriangulo.org/ 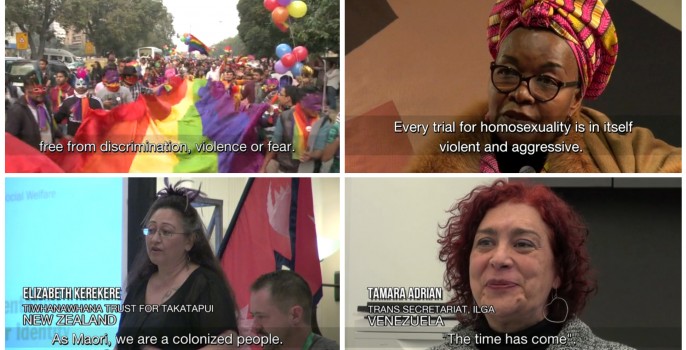 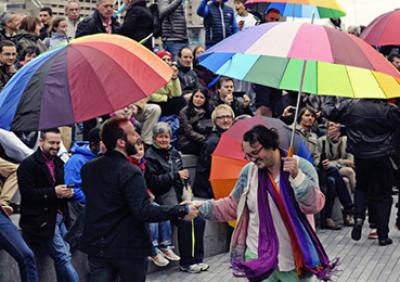