Biggest ever LGBT public demonstration in Russia for IDAHOT 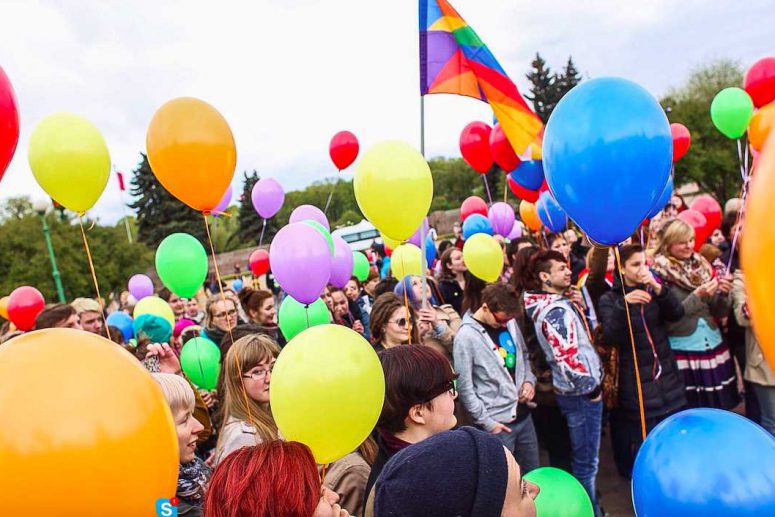 Over 350 people celebrated IDAHO today in the center of St. Petersburg on Marsovo Pole, this event becoming the largest LGBT rally as of today in Russia. Representatives of “Coming Out”, the Russian LGBT Network, Side by Side LGBT festival, the Youth Human Rights Group, and the Center for Development of Democracy and Human Rights spoke of the importance of solidarity within civil society, support of vulnerable groups, and the growing strength of the LGBT movement in our common struggle for peace and human rights in Russia.
Svetlana Zakharova, the Russian LGBT Network: “Today we gathered here, on Marsovo Pole – so brave, so diverse, so beautiful. And many more brave and beautiful people join actions all over Russia, to show that we exist and that we are not afraid.”
Yuri Dzhibladze, president of the Center for Development of Democracy and Human Rights: “More and more people outside of LGBT community understand that homophobia, transphobia, and other forms of xenophobia are a problem of the entire society. In the last several years, the movement for human rights of LGBT people became an important part of the wider human rights movement in Russia, and the struggle against violence and discrimination on the grounds of sexual orientation and gender identity has become mainstream human rights. … Solidarity and mutual support – this is our main answer to hatred, intolerance, and violence.”
After the speeches, rainbow balloons were released into the St. Petersburg skies. Participants were safely escorted into the buses and to the closest metro station by the police and the LGBT group Stop Hate, working together.
Polina Andrianova, “Coming Out” activist: “The collaboration with the St. Petersburg ombudsman institution and the attitude of the police were beyond reproach. If last year the police did their job but their homophobia was clear, this year we felt we had a true ally. Many factors could play a role in the improving attitudes, but one of them must be the continued focus of LGBT activists on constructive collaboration and dialogue with wider society.”
Today’s IDAHO celebrations are planned in 14 cities of Russia.
IDAHO’s partners: “Stop Hate”, United Group for Public Monitoring (ОГОН), the Russian LGBT Network, Coalition for Civil Equality “Together”, “Side by Side” LGBT film festival, and independent LGBT activists – for informational and organizational support. 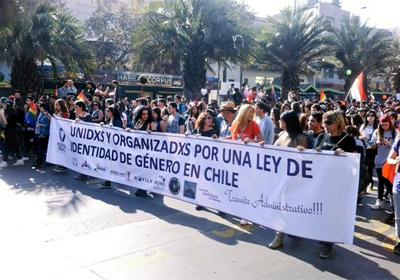 50,000 at IDAHOT march for LGBTI equality in Chile