Activist voices: "Our love is Constitutional" 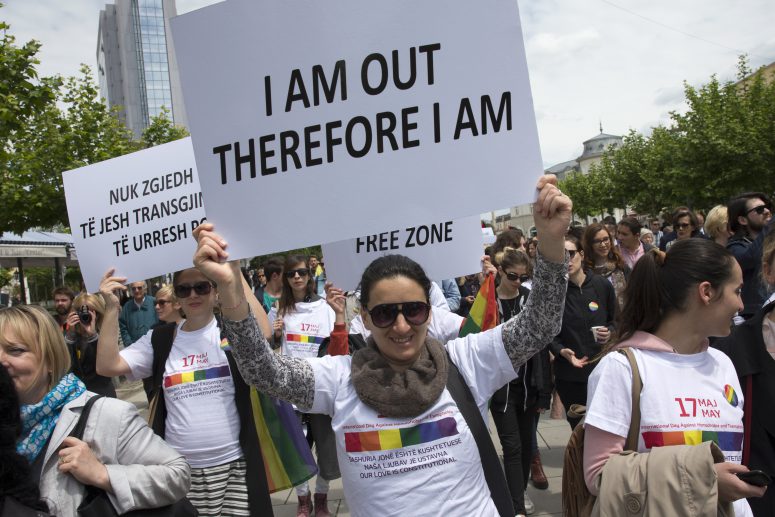 In the Balkan state of Kosovo, the President of the Republic himself participated in the IDAHOT march in 2016 !
Agim Margilaj, from the  Center for Social Group Development – CSGD -, tells us more about how this happened
Is holding a public march in Kosovo a “risky business”?
Kosovo is a very homophobic country. In a recent survey, only 3% of people said they would support their own children if they were LGBT. The community is very small and most people won’t come out publicly. So, holding a march is indeed quite a challenge.
So how was the situation of public campaigning in Kosovo before that historic IDAHOT march in May 2016 ? Had something that exciting happened before ?
The coalition of LGBT organisations in the country (us, CEL and QESH) has been celebrating IDAHOT since 2014. The first year we wanted to test the ground and we organised a discreet event with 60 people, mainly international allies. As it worked well, we scaled up the year after with a larger event attended by 200-so people, including national institutions. Each time, we were careful not to communicate with the media ahead of the events, so as not to generate counter protest.
Else, there have been some public messaging such as street banners or facebook campaign, but nothing on a very large scale
Was the IDAHOT 2016 event different in nature?
The previous actions had been essentially about visibility, without any clear political ask. It was mainly to “dance against Homophobia”.
This time, we were determined to be more political and to include specific demands, in this case the right to register same-sex partnerships. This right is in theory guaranteed by our 2008 constitution which explicitly lists Sexual Orientation as a ground on behalf of which discrimination is forbidden. Our current family law therefore breaches our Constitution.
So we decided to hold the IDAHOT march under the argument that “Our love is Constitutional”, and to demand access to the rights which the Constitution already grants us.
How did the preparations go?
We had early confirmation from the Municipality that they would allow the march, and from the police that we would have protection.
We had trouble in previous years to get the authorisation but we complained so much that the city authorities are now much more supportive.
Two months ahead of the day, we started reaching out to institutions, allies, foreign support, etc.
We basically invited everybody to join, but weren’t expecting more support than the year before, when only a handful of national bodies sent representation.
We got early confirmation of the support from foreign Embassies and from the EU. The US Embassy even hired a US band to play in the central city square at the end of the march.
Ulrike Lunacek, Kosovo Rapporteur, Vice President of the EU Parliament and co-chair of the EUP intergroup on LGBT rights, who was in the country for other purposes very naturally decided to attend the march.
And on the day itself?
We had invited the President along with all the other national institutions but he actually sent no information and literally just showed up!
When he was elected, he couldn’t even get the LGBT acronym right but he obviously has very high capacity staff, and he delivered convincing speeches against discrimination.
In any case, LGBT people are certainly not popular enough in the country for his action to be considered “pink-washing”, even though the EU accession process obviously constituted an essential motivation for his presence.
Interestingly, many institutions followed in his wake, with the Ministers of Justice and EU integration also being present, and with representations from the Prime Ministers office, the Ombudsman, etc.
How was the public reaction?
The march itself was peaceful. We had strong police protection but it doesn’t look like there were threats planned.
The attendance of the President logically attracted a lot of media, and the march was covered in every single media outlet, almost minute by minute. The media attention was sustained over 5 or 6 days after the march, with many TV shows and top news features. Overall, there has been no negative coverage. At worst, the media kept a neutral tone.
There hasn’t been much direct reaction from the general public, neither negative or positive. But we definitely received many more contacts from LGBT people, especially from remote parts of the country, who reported hate speech and other incidents. These are people who might not have known that we existed before we got this extensive media coverage.
And now?
The success of this action is encouraging us to continue in this direction. 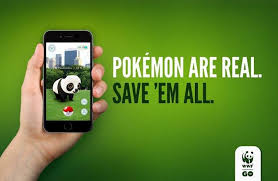 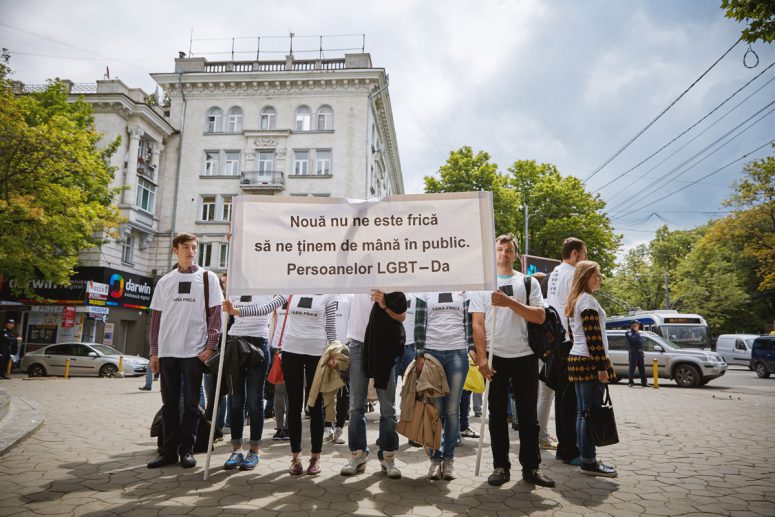 Stories from the field: "NO FEAR" in Moldova !