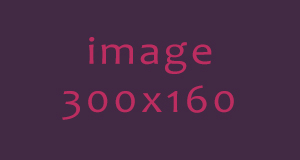 Vietnam played host to a comprehensive program of events to mark IDAHO 2012.
The release of the results of an online survey of more than 500 LGBT people about homo/transphobia in schools and a rapid assessment in seven schools on student attitudes toward homo/transphobia received a lot of public attention. Data on the level of bullying and it consequences, information on IDAHO and speeches were covered in about 20 national newspapers, including the official online newspaper of government, and three national TV channels.
For the first time, the main national TV channel dedicated 10 minutes live on May 17 in a broadcast about the homophobia and transphobia.
A joint letter from an alliance of activists to the Minister of Education received more than 2500 signatures online and more than 500 signatures at public events.
The play “To be Oneself” (or “StereoWoman”) was performed for one night and at five universities. The director a TV channel for young people spoke openly about LGBT rights in a discussion following the performance.
Another play, “The Rainbow”, about gay men under pressure to marry, was staged for nights. The US Ambassador gave a speech at the play’s opening night.
Several hundred people wrote “I support LGBT” letters to show their support.
UNAIDS Vietnam presented a letter in support of IDAHO.
A press conference was held, which was attended by about 25 national newspapers and TV channels.
Activists distributed 3000 rainbow flags and LGBT information sheets at public events in Hanoi, Ho Chi Minh, Binh Dinh and Binh Duong.