SOCHI Winter Olympic Games: What are we Celebrating? 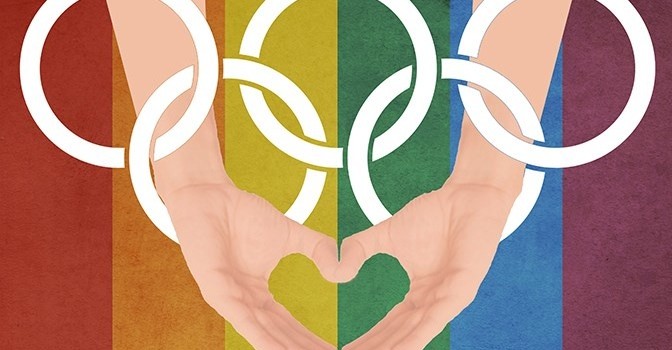 The Olympic Games were initiated to be a beacon of friendship, fair play, hard work and justice amongst nations – a testimony of what is best in human nature.

Image: “Sochi 2014″ by Christopher Striebly
The $37Bn budget of the SOCHI games, its immense corruption, military security, systematic breaches of freedoms of expression and right to information, and the ongoing persecution of human rights defenders tells us a very different story.
The Olympic Games seem to have become, like so much of the rest of the world, a product to be sold. Respect for the founding values seems to be last on the mind of those who attribute decisions of location, who sign sponsorship deals, who pay for distribution rights.
Human rights activists look more than ever like tiny Davids against the Goliath of money. Amongst them, LGBT activists stand incredibly brave, in the face of police persecution and incredible levels of social stigma.
More than ever, it is the duty of those who have the right to speak to do so. Many protests have taken place recently around the world. Many of us participated in these events, and are proud we did. This mobilisation did have an impact, and Putin’s regime has attracted global critique and shame.
It will probably not affect the financial outcomes of the Games, which seems to be all that matters, nor the overall popularity of Putin, with his paternalistic macho persona.
But it signals that there are, across the world, in all countries, in the hearts of people, other values but the power of violence, intimidation and bling. Values that speak of friendship, fair play, solidarity and peace.
Values that sound truly Olympic.