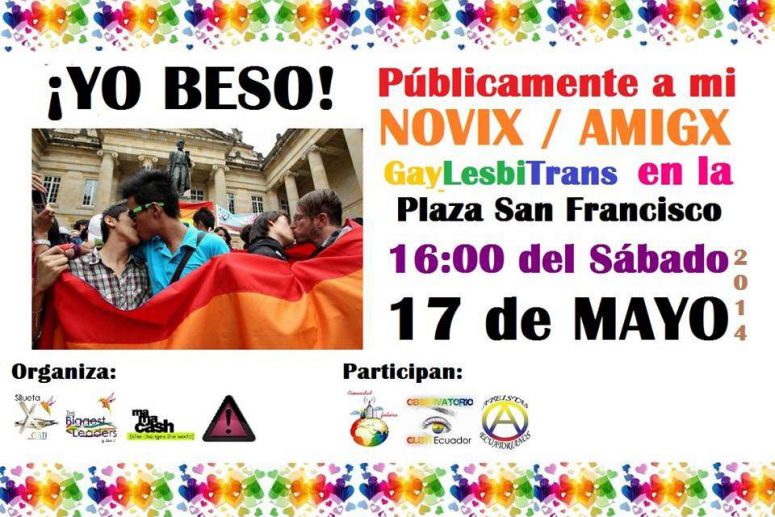 The organisation Silueta X in Ecuador is planning a mass Kiss-In on the Plaza San Francisco in the city of Guayaquil at 4pm on the upcoming May 17. This event is part of the actions that are planned on a global level in over 120 countries by organisations for sexual diversity, human rights and allies of the International Day against Homophobia and Transphobia (IDAHOT).

The organisation invites everyone to kiss publicly with the goal to make the demands of the LGBT population in Ecuador visible and to make use of the right to Freedom of Expression.
The association Silueta X is a grassroots organisation that was founded on May 12, 2008 and is legally constituted since May 5, 2010 under the ministerial approval #9989. It is a non-profit organisation whose mission is to fight for Human Rights of LGBTI people, having young transgender and transexual women, men and intersex people as their target group. In addition, their work also focuses on Sexual Health Care (preventing the impact of HIV in trans population and the risk of illnesses) and environmental care. Silueta X was founded by Diane Rodriguez, who has established herself as one of the major leaders of transsexual Ecuadorians.
For more information visit the organisation’s webpage or their Facebook site. 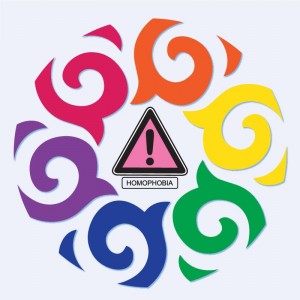 Week against Homophobia and Transphobia kicks off in Kyrgyzstan

May 17 in Asunción, Paraguay: Besaton