Lithuania Takes IDAHOTB Over the Rainbow 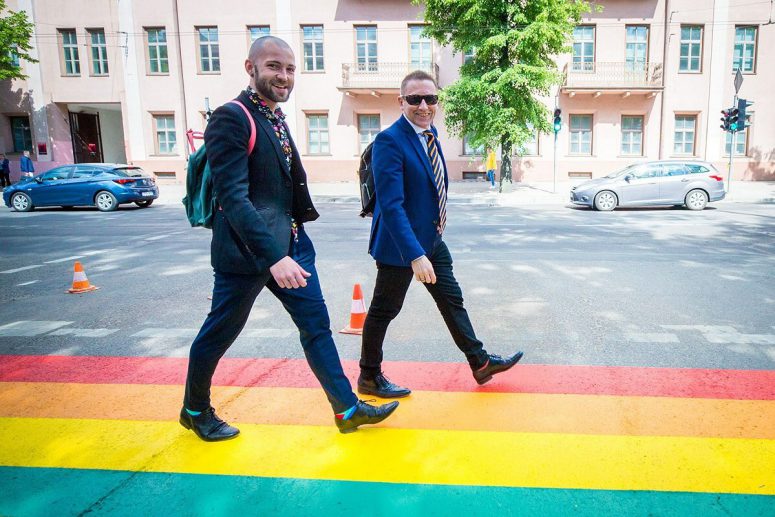 Vilnius Celebrates the Opening of the Rainbow Crosswalk

To mark the International Day Against Homophobia, Biphobia and Transphobia (IDAHOT), the National LGBT* Rights Organization LGL decorated the crossing outside its office at Pylimo St. 21 (Vilnius) in rainbow colors. As the link between LGL’s LGBT community center and the jazz club Pavilijonas, which often hosts LGBT community events, the crossing is a significant one to the Vilnius LGBT community. This rainbow crossing in the city center will show Vilnius residents and guests that Vilnius is an open and LGBT-friendly city.
The opening of the rainbow crossing was the inaugural event of the Rainbow Days 2018 festival programme. Lithuanian Parliament members, city council representatives, the local LGBT community, residents and tourists were all invited to attend. During the opening event, a 30-meter-long rainbow flag was unfurled symbolizing the local LGBT community’s solidarity in celebrating Lithuania’s 100 years of statehood.
Full report and Great pics HERE

On 16th May, 2018 the National LGBT* Rights Organization LGL, in cooperation with the Member of the Lithuanian Parliament Ms. Aušrinė Armonaitė, organinized a press conference “LGBT* Human Rights Situation in Lithuania: between ‘Culture of Limitations’ and Progress” in the Lithuanian Parliament on the occasion of the International Day Against Homophobia, Transphobia and Biphobia (IDAHOT).
During the press conference, the following topics were discussed: Lithuania’s position on the annual Rainbow Index by the international organization ILGA-Europe; the results of the study on homophobic bullying at Lithuanian schools, implemented by the National LGBT* Rights Organization LGL; “Rainbow Days” 2018 festival programme and plans for the upcoming Baltic Pride 2019 festival in Vilnius.
Full report and Great pics HERE

In order to draw attention to legal, social and cultural challenges faced by the Lithuanian LGBT community, the National LGBT* Rights Organization LGL invited the local LGBT community to unfurl a 30-meter-long rainbow flag in front of four of Lithuania’s primary state institutions, namely: the Parliament, the Government’s Office, the President’s Palace and the Cathedral.
We hope that this action will encourage Lithuanian legislators and policy makers to take direct action so that Lithuania, as it celebrates its 100 years of statehood, will be a welcoming place for everyone to live and LGBT people will be able to contribute to their full extent to a flourishing state.
Full report and Great pics HERE
Vicky May 22, 2018
TOP NEWS
Lithuania 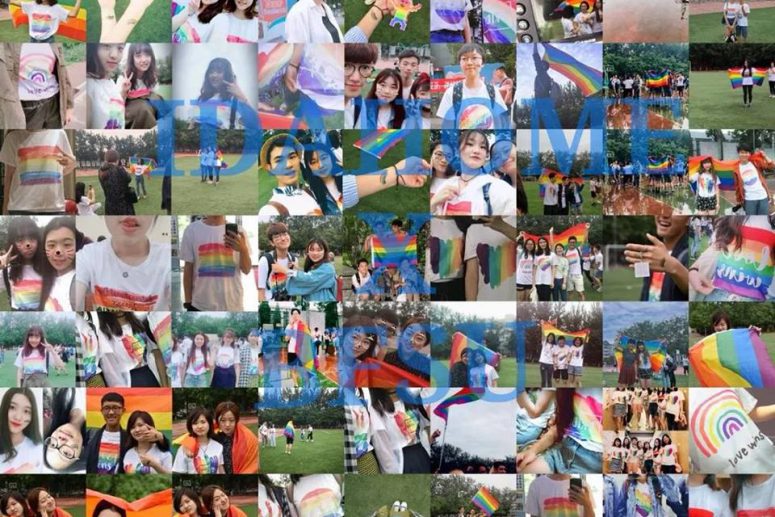