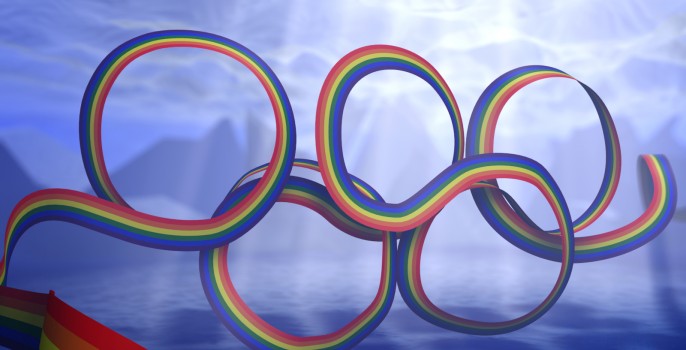 Russian LGBT organizations: ‘Russian LGBT Network’, ‘Coming Out’, Side by Side Film Festival, Russian LGBT Sport Federation, ‘Rakurs, and ‘Out Loud’ project invite you to speak up in support of equality and respect of human dignity for LGBTI people in Russia and post the special Olympic Equality avatar as your profile picture on Facebook and Twitter.
The fundamental principles of the Olympic movement say that ‘Any form of discrimination … is incompatible with belonging to the Olympic movement’, and that “the goal of Olympism is to place sport at the service of the harmonious development of humankind, with a view to promoting a peaceful society concerned with the preservation of human dignity.”
Promotion and realization of these values and principles is crucial in Russia, as the world is invited to a celebration of excellence and national pride in an environment of harassment, impunity of violence and systematic violations of human rights and freedoms.
Please add your voice to the voices of LGBT in Russia, change your profile picture to call on the Olympics to uphold its mission, and help our work towards a better understanding and respect of human rights in Russia.
Add a message about equality for LGBTI to your new picture and help spread the word!
I big THANK YOU goes to Egmar Irausquin (www.vixions.nl) for the courtesy of designing the image.

To download simply right-click the image here and save: