Intersex in the focus in Örebro, Sweden in the week of IDAHOT

INTERSEX 101 OR HOW THE BINARY GENDER SYSTEM VIOLATES THE HUMAN RIGHTS OF EVERYONE  is the title of a lecture held in Örebro, Sweden.

How are the human rights of intersex people violated and why should this be a concern for all of us? These question are discussed in the event on May 14, at 6:30pm.
Del LaGrace Volcano is an artist and activist working to create a world where the diversity of the human body is both recognised and celebrated beyond our current system; a system which only validates people with bodies and gender that conform to female and male. A visual and performative political and personal lecture that offers practical advice on how to resist the rising tides of gender conformity and market forces.
Biography
Del LaGrace Volcano (born 1957) is considered one of the pioneers of queer photography and is one of the few openly intersex artists in the world. Del has published five photographic monographs, from LoveBites (1991) the first photographic monograph of lesbian sexuality, The Drag King Book, (1999), a collaboration with Judith Jack Halberstam, exploring 1990s Drag King culture in the USA and Europe, Sublime Mutations (2000), Sex Works (2005) to Femmes of Power, (2008), a collaboration with Ulrika Dahl, the first photographic monograph celebrating queer femininities in the USA and Europe. Volcano has also been a regular contributor to academic publications, television programmes and films on queer visual art and theory. Del is also a proud MaPa to two year old Mika Alexis Volcano and a practioneer of gender creative parenting.
The lecture is presentet by Örebro Rättighetscenter, Örebro läns museum, RFSL Örebro and ABF Örebro and will be held in english.
Find more details about the event on the website or Facebook.

Flying Rainbow on IDAHOT in Singapore 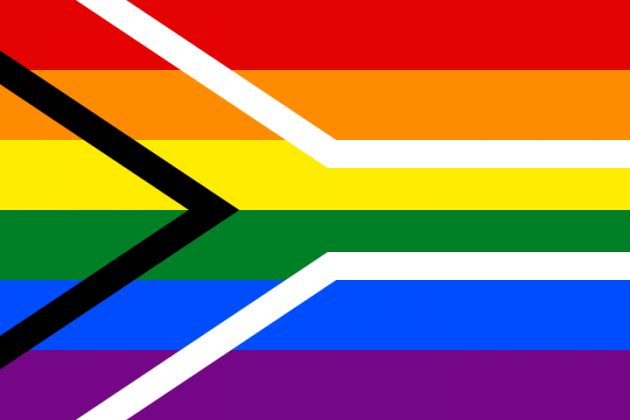