For the first time ever, communities in Liberia commemorated the IDAHOT with a Freedom Festival under the theme ‘Freedom of Expression’ which included a whole series of activities such as speeches, creative sessions, a fashion show and poetry competition.

On Saturday May 17, 2014, Stop AIDS in Liberia (SAIL) with support from ACTION AID Liberia, under the EPR project, held a Freedom Festival as an event marking the International Day Against Homophobia and Transphobia under the theme of Freedom Of Expression. The occasion brought together 50 participants, including members of the LGBT community and its partners. The action had three major objectives:
-To create an enabling environment where members of the LGBT community can express who they are (from a creative approach using Songs, poetry, drawing, dress code, fashion, games and a final plenary session).
-To give members of the LGBT community the opportunity to share their stories how homophobic sentiments can have an adverse effect.
-To the present the film “Call Me Kuchu” which served as a basis for a interactive discussion among LGBT members themselves.
In a welcoming statement Mr. Stephen K. McGill, Executive Director of Stop AIDS in Liberia, told a gathering of LGBT members and allies that it was significant in that activities can be held to increase awareness on the effects that homophobic sentiments can have on LGBT people. He further noted the fundamental rights to which all are entitled must be claimed and adhered to without any violation.


In a statement about the background of the International Day Against Homophobia and Transphobia, he highlighted that in 2009 a global agenda was created to put an end to the many violations and abuses LGBT people were encountering on a daily basis. He said homophobic situations have caused people to lose their lives, family and freedom to express themselves without any form of discrimination based on their sexual orientation or gender identity.
Luckmore Jalisi who is the youth advisor at ACTION AID Liberia concluded by saying the current wave of new Anti-Gay Laws across Africa must stop and that national governments must protect every citizen regardless of who they are or how they identify.
An interactive session was also held among participant attending the program. The purpose of the group exercise was to give participants a chance to express their creativity, by spelling the word Freedom of Expression on flash cards using the rainbow colours, and also to participate in photo shots, with anti-homophobic messages, created by members of the LGBT community.
The day culminated with a fashion festival where people in the LGBT community came together to parade a runway in different styles. A poetry competition was also held. Prizes were presented by Weng and Maryelea of ACTION AID Liberia for the fashion and poetry session respectively.

The freedom festival ended with a photo shoot and opportunity to socialise. 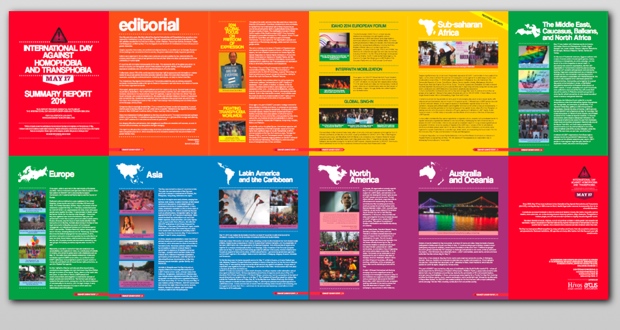