From the 14th to the 20th of May, the National LGBT* Organization LGL hosted the Rainbow Days and IDAHOT 2015 in Lithuania. They offered a wide agenda of political, social, cultural and artistic events in Vilnius, Kaunas and Klaipėda.

The Rainbow Days festivities of 2007 marked the first time that the International Day Against Homophobia and Transphobia was celebrated in Lithuania. This year, the national LGBT* rights association LGL has organised the Rainbow Days for the fourth time. Previous Rainbow Days attracted a great deal of interest and participation. On Thursday the 14th of May, the colorful and exquisitely fashionable event Cheer Queer organized by the National LGBT* Rights Organization LGL took place at One-Two Bar, in Vilnius. The event successfully marked the beginning of the Rainbow Days 2015 festivities, a week-long series of events to celebrate the International Day Against Homophobia and Transphobia (IDAHOT), occurring world-wide on the 17th of May.

Among the events offered for this day was a seminar on importance of the LGBT* allyship (including comedian Oleg Šurajev, politician Aušrinė Armonaitė, comedian Paulius Ambrazevičius, and photographer Neringa Rekašiūtė), a Drag Performance and an art exhibition by the local LGBT* community artists was also organised.  More details here.

As part of the celebrations, LGL presented the Government with an Inter-institutional Action Plan for the Non-Discrimination of LGBT* People. The “Action Plan on Non-Discrimination of LGBT* People 2015-2020, Lithuania” was recently created by the national LGBT* rights organization LGL to provide recommendations for promoting the non-discrimination and full acceptance of LGBT* people in Lithuania, while also taking into account the community’s current status in the country. The Action Plan was also presented at a press conference that was held at the conference hall of the Parliament of the Republic of Lithuania. Find out more here.

Additionally, At 1:00 pm on the 15th of May, 2015, LGL’s Board Chair, Elena Dapkūnaitė, and Executive Director, Vladimir Simonko, presented the President of the Republic of Lithuania Dalia Grybauskaitė with the “Change It!” petition signatures, collected in support of the “Change It!” social campaign. These signatures represent Lithuanian popular support for more consistent, meaningful and inclusive responses to the needs of LGBT* people on behalf of state institutions. Find out more here.

On the 15th of May, 2015 the official reception for Rainbow Days 2015 took place at the Finnish Embassy. Numerous human rights activists, ambassadors, and figures from the world of culture and entertainment showed their support by attending the event. Over one hundred guests celebrated with Finnish Ambassador Harri Mäki-Reinikka, LGL Board Chair Elena Dapkūnaitė and Executive Director of LGL Vladimir Simonko. Read more here.

Rainbow Bus rolled through the city centre once again! At noon on the 16th of May, 2015 LGL’s Rainbow Bus rolled down the streets of Vilnius’s city centre. This year, the national LGBT* rights organisation LGL, author of the censored book “Amber Heart” Neringa Dangvydė, Facebook kissing sensations Pijus Beizaras and Mangirdas Levickas, and other human rights activists invited residents and visitors of Vilnius to celebrate the International Day Against Homophobia and Transphobia (IDAHOT) for the fourth time in Lithuania. On Saturday, the longest rainbow flag in the country was unfurled in an unexpected location in Vilnius – the Cathedral Square. Watch the short video here and read more about the day here. May 17 started with the event “Trans-Pizza”, dedicated to transgender individuals. This was an opportunity to discuss the expectations by the local trans* community in the light of current policy and legal developments.

Lithuanian cinemas helped celebrate Rainbow Days once again! At 4 pm on May 17th, 2015, the national LGBT* rights organisation LGL invited the public to a screening of the Italian film “Loose Cannons,” which was held at the “Pasaka” movie theatre in Vilnius. Loose Cannons is a witty, ironic and a little bit dramatic story about LGBT* every-day life under the hot Italian sun. The movie screening was provided by the Embassy of Italy and the Italian Cultural Institute and was for free! Find more details here.

On the 17th of May, 2015 LGBT*-friendly foreign embassies in Vilnius raised the rainbow flag to honour the International Day Against Homophobia, Transphobia and Biphobia (IDAHOT) and to show their support for the LGBT* community. The rainbow flag decorated the embassies of Italy, Finland, Norway, Austria, Germany, Denmark and Holland. Read more here.

Events in Kaunas and Klaipėda

Every spring, as the breeze carries fresh green leaves, the longest rainbow flag in the country waves proudly. On May 19th, the national LGBT* rights organization LGL brought the events of Rainbow Days 2015 to Kaunas. LGL invited the public to the LGBT* Myth Busters Workshop and a Rainbow Days film screening.

At 16:00 on May 19th, a public LGBT* Myth Busters Workshop was held at the Faculty of Pharmacy at the Lithuanian University of Health Sciences. What does it mean to be LGBT*? Does this community require “special rights”? What types of problems does this social group encounter on a daily basis? Answers to these and other questions were provided and discussed in a 90-minute myth busting session.

At 18:00 at the “Romuva” movie theater, locals came together at the screening of “Loose Cannons.” The film “Loose Cannons” (“Mine Veganti”) (2010) is a witty, ironic, and somewhat dramatic film about daily LGBT* life under the scorching Italian sun. Tommaso is the youngest son of a large, traditional Italian family, who finally dares to tell his family that he likes men at the Sunday dinner table. Who would have thought that his brother would blindside him by coming out first! You can only imagine how the Italian drama unfolds.

After the film, there was a discussion about the representation of the LGBT* community in the media. Facebook kissing sensations Pijus Beizaras and Mangirdas Levickas, and public figures Edvinas Grin and Viktorija Ūke shared their insights. The Embassy of Italy and the Italian Cultural Institute generously donated the film for viewing.

On the 20th, the Rainbow Days wave finally hit Klaipėda. The day started with the Workshop “LGBT* Myth Busters” and the movie screening of “Loose cannons”. The movie was followed by a panel discussion on LGBT* representation in media. Further information on times and locations will be provided soon on the LGL website and Facebook page. 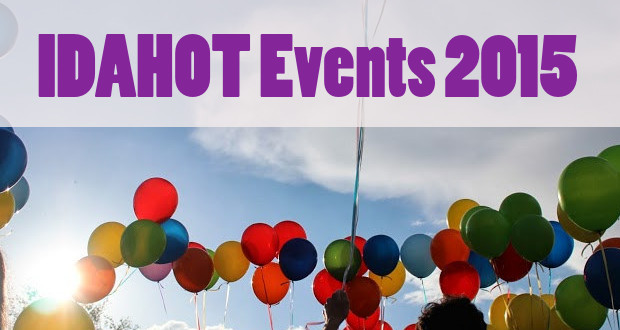