The Delegation of the European Union (EU) in Guyana and the Society Against Sexual Orientation Discrimination (SASOD) held a reception to commemorate the International Day Against Homophobia, Biphobia and Transphobia (IDAHOT) 2017 under the theme “Love Makes a Family” at the Umana Yana in Georgetown, Guyana, on May 15, 2017.
 Members of the local lesbian, gay, bisexual, and transgender (LGBT) community have taken to sharing their coming out stories via social media, in an effort to raise awareness of the challenges they face with societal acceptance.
#ExpressYourself, an online campaign, was started by the Society Against Sexual Orientation Discrimination (SASOD) in observance of International Family Equality Day (IFED) and International Day Against Homophobia, Biphobia and Transphobia (IDAHOT).

With this year’s IDAHOT theme being “Love makes a family,” Ernestine Leonard, SASOD’s Human Rights Coordinator, explained yesterday that the intention of the campaign is to highlight the challenges that LGBT persons face in not only coming out to the public, but to their families as well.
As a result, SASOD posed the challenge to community members to post a short video relating their personal stories and explaining how the revelation impacted their lives and their relationships with their families.
Initially slated to run from May 7th, when IFED is celebrated, to May 17th, when IDAHOT is observed, the campaign, which saw videos being shared via SASOD’s YouTube channel, has been extended to accommodate the stream of stories that have been pouring in.
Leonard said the response to the campaign has been overwhelming, as more individuals take the leap to send in their videos, the more others are being inspired to come forward as well. Consequently, persons who have not even yet come out to their family members have expressed the desire to use the platform to do so.
Not afraid anymore
Many of the stories, regardless of how they began, progressed and ended the same way. The storyteller, whether under pressure from confrontation, or in a moment of complete self-acceptance, “came out” to their families and friends, leading to first, strife, but then finally, conciliation.

In her video, Shaniece Bamfield, who identifies as a lesbian, only revealed her sexual orientation to her family after circumstances forced her into admittance. Bamfield said she at first denied it but chose later to confront her family, when she told them that that was who she was and she was “not afraid of it anymore.”
Bamfield said that it was not until a year after that family members began tolerating her and accepting her lifestyle.
“…they did not like the fact that this is the lifestyle that I chose— well according to them I chose the lifestyle but I didn’t, this is just how I am—and they actually decided to forget the fact that we had our differences when I first came out and we all are one big happy family now, where we’re now talking a lot more than we used to. The family members who shunned me before and didn’t want me around them, they would talk to me now via Facebook or they would come and visit me and so on, but at first…they were all a little distant and they used to treat me like if I’m an outcast but now everybody they’re okay with who I am and it’s not a problem anymore,” she said.
“For the persons who might be in the closet, yeah, it’s very difficult at first, because you’re gonna always wonder, what are they gonna think about me and how would they view me after finding out this about me. But just so you know, it’s not necessarily what people think of you, it’s how you view yourself as an individual to others, because your sexuality is only one part of you and there’s a lot more to you than just your sexuality,” she added.

Surinamese Juan Pigot took part in the campaign while on a visit to Guyana. Pigot related that he came out in 1997, while living in the Netherlands, as the environment there was more accepting.
While Pigot received support and acceptance from his brothers and friends, he said he did not receive same from his parents, which he had not expected as he considered them to be liberal people. He speculated that public opinion and his parents’ religious views may have had an impact.
His parents would eventually come around, however, and Pigot advised that a time comes when roles are reversed and children have to take on the responsibility of educating their parents.
“You know, our parents did their job educating us to a certain level, but we come to a phase where they also have to learn. It’s something that they did not experience and that’s also how I explained it to myself; that you cannot expect from your parents to…say hallelujah in the beginning if we are struggling for 18 years or longer to come out of the closet. So it takes time. We also need to give them the space when you see that they are looking for answers…and I think that’s mutual respect.”

Writer Akola Thompson took the unconventional route of coming out in a rather public forum—a blog post.
In her video, she explained that her friends seemed unfazed by the news and so must have suspected all along, and while most of her family was accepting, it was her mother that showed the most resistance.
“I am her only child and she is a very conservative woman so I can understand where everything came from. We’re very close but then we did not speak for close to a month and it was very hard. But then slowly she began to come around and it’s reached the point where right now she would just come up and ask me whether I have a girlfriend or if I’m seeing anybody and I always find it so funny because she’s come such a long way from where she was to where she is now and I’m really proud of her for that,” Thompson stated.
“To anyone who is in the LGBT community and they feel like they want to come out, I want to tell you that while it is good that you can come out because then you have more community support and then you have the freedom to be more yourself then, but then I don’t want you to feel like you need to be forced to come out because then as I said, it’s not really anybody’s business what your sexual preferences are,” she advised.
Are you gay?

At 13 years old and while attending a family reunion, Leon Abrams, quite dramatically, broke the news of his sexuality to family members over loud speaker.
Abrams, in his video, related that he was expecting negative repercussions, including in the worst case scenario, becoming estranged from the family, and so was quite surprised when he was greeted instead with expressions of love from his family members.
Abrams said that for a while he “carried” himself as transgender, but has since resorted to wearing male attire to attend work, while he would sometimes attend parties in female attire. He said that this is what he found worked best for him.
After taking up his post at the organization, SASOD’s Social Change Coordinator, Jairo Rodrigues, was confronted by his mother about his sexuality.
“One day I was in my room and my mother walked through and she was talking about SASOD and what I’m doing there and we had a conversation on it and she asked the question, “Jairo, are you gay?”
“And I laughed, I laughed to myself because I’m like, are we going to have this conversation now? Are you ready for this conversation? …So, I had the conversation and all through the conversation I was laughing and I was smiling and I was talking to my mother and she too, you know…I find that I had to educate her. And just like my aunt had to educate me and my aunt tried to educate my family, that was now my task,” he related in his video. 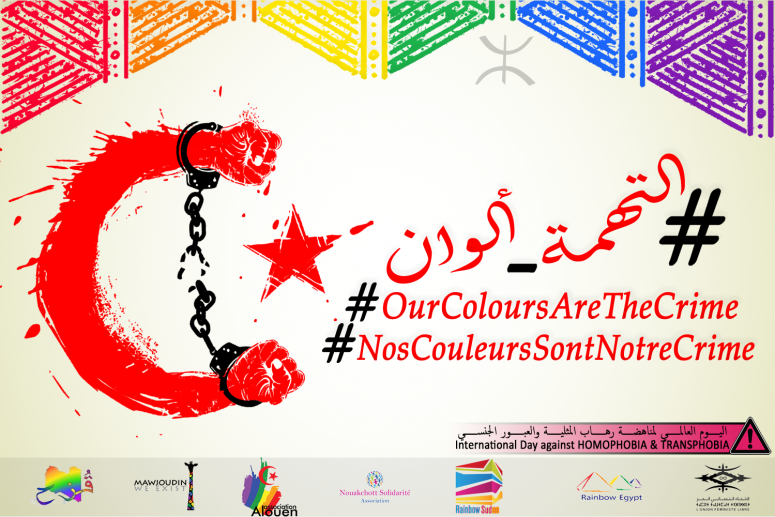 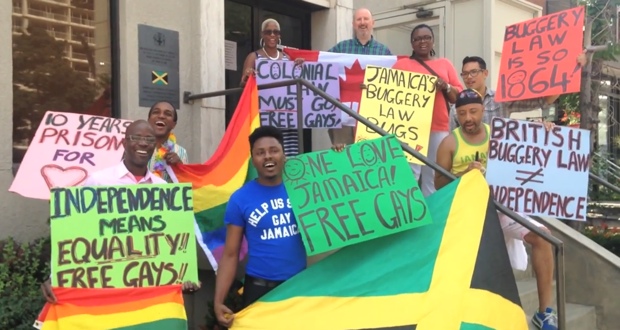