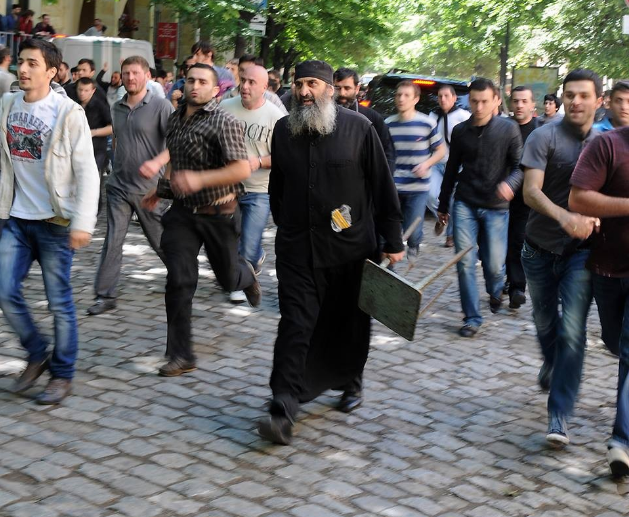 Queer rights activists launched a social media campaign on 10 May in support of Georgia’s queer community, in the run up to International Day Against Homophobia, Transphobia and Biphobia on May 17.
The organisers of the ‘This street is taken’ campaign, Against Violence, are encouraging people to post photos of themselves holding signs in support of queer people and against homophobia.
‘The campaign is a response from queers and allies to their expulsion from public spaces, where the state fails in protecting their basic right to walk freely in the streets without feeling insecure’, they wrote on their Facebook page.
Signs posted on the Facebook page so far include slogans such as, ‘Out and proud’, ‘This street is taken’, and ‘We are everywhere’. The organisers are encouraging anyone who supports queer rights to join the campaign.
Activities to mark International Day Against Homophobia have taken place in Georgia since 2011, but have faced serious opposition from large sections of society, including the Georgian Orthodox Church. No events calling for queer rights have so far been announced for 17 May 2017.

This year, The head of Georgia’s Orthodox Church, Patriarch Ilia II, will conduct liturgy on May 17, which the church named in 2014, ‘Family Purity Day’. The church also plans to hold a rally on Tbilisi’s central Rustaveli Avenue, in support of ‘family values’.
In 2012, a group of roughly 50 people, who identified themselves as ‘congregations of the Christian Orthodox Church’, demonstrated in opposition to queer rights activists in Tbilisi.
A year later, a small group of around 50 queer rights activists were confronted in Tbilisi by thousands of counter demonstrators led by Orthodox priests. Demonstrators carried posters with homophobic messages such as: ‘We don’t need Sodom and Gomorrah in Georgia’.
The crowds, some carrying nettles to beat queer rights activists with, broke through police lines to attack the activists. Police were forced to evacuate the small number of activists from the city centre to avoid further violence.

Because of safety issues, only a handful of activist gathered secretly at various locations in 2015, with a heavy police presence, and almost no activities were held in 2016. A few people with a stool painted in rainbow colours gathered outside the Radisson Blu Hotel in Tbilisi where the World Congress of Families, an American ultra-conservative Christian group, was holding a conference on ‘family values’.
Activists protested against homophobia, decrying police for not offering adequate guarantees for their safety in Tbilisi’s central streets, which was the main reason for not holding a larger rally. At the same time, thousands of people, including Orthodox priests, marched through Tbilisi in traditional clothes with icons to mark ‘Family Purity Day’.
International Day Against Homophobia is observed annually in more than 120 countries on 17 May. The date was chosen to commemorate the World Health Organisation’s decision in 1990 to remove homosexuality from the International Classification of Diseases. 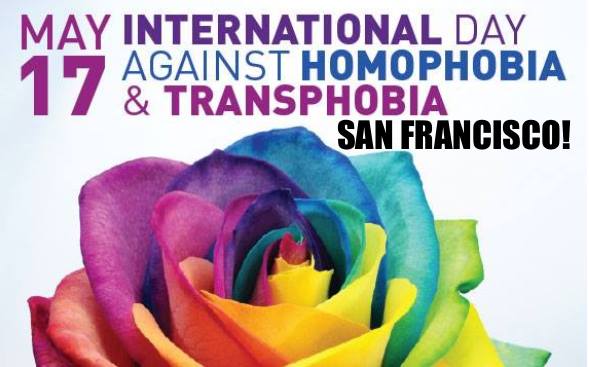