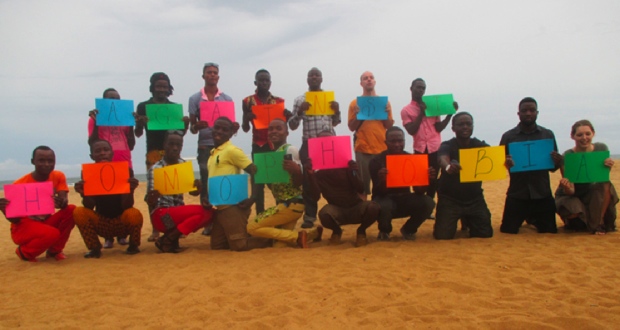 Inspired by human rights activists in Liberia, who organised for IDAHOT 2014, a Freedom Festival is a bundle of different expressive actions and events, which creates space for community-building, creativity and acceptance.

A Freedom Festival is basically a mix of different community activities – such as dance, music, art and photography – which creates space for people to come together to express themselves and find acceptance at the local level.
Where security is a concern, this can take the form of private or very local community actions.
Activists in Liberia reported that their Freedom Festival around May 17, 2014, was pioneering in creating a safe space for LGBT people and their friends and allies to come together, in a context where social spaces do not otherwise exist. You can read more about the initiative here.
We spoke to one of the organisers from SAIL (Stop AIDS in Liberia) who told us a bit more about how they organised, where the idea came from, and what advice they would give to others wanting to do something similar:
Where/how did the idea originate? What were the main assumptions behind the idea, the main expectations?
The idea originated in 2013 when the first IDAHOT event was held. The idea was to raise awareness amongst members of the LGBT community here in Liberia, looking at how homophobia affects us. We had a interactive community roundtable where members of the LGBT community told their personal stories, and it was quite interesting to know that there were issues like family neglect, bullying at school, stigma and discrimination, lack of access to health services, lack of protection in public spaces, hate crimes, blackmail, extortion, depression and deaths.
What were the risks/threats/obstacles involved and how did you mitigate them?
Well over the years there have been risks, threats and associated obstacles, considering the work that we do. We have been able to handle some of these incidents using our partners. We were able to conduct a security training session for members of the community and partners to sensitize them on understanding sexuality as it relates to human rights, which has been a strategy for our work. But there is still a lot to be done looking at challenges around sourcing funding for protection.
How did you get it done? How much time did it take? How much did it cost? How many people did it involve? What were the tactics that you used?
Well we use a methodology which involves like-minded or tolerant people coming together to talk about homophobia, and the situation of LGBT people. We were also able to come up with anti-homophobic messages to raise social consciousness and reduce homophobia. ACTION AID Liberia who is a strategic partner to our organization were able to fund the event from their new project titled, “Enhancing the Protection of the Rights of Women Girls and Other Discriminated Groups” (EPR Project), and our organisation is an Implementing partner (with the amount of USD $1,350). The Event brought together 50 participants including partners and members of the LGBT community. We used a private beach, whose owner is a strong supporter of the LGBT Community in Liberia.
We thought that organising social strategies is kind of more effective, when you are doing awareness. So, looking at the community at the time, and our own partners, we came up with the idea of doing the Freedom Festival, where you can just come in and express yourself, as who you are, maybe in your dress code, in the form of poetry, using your talent, that you can sing or you can model… and we wanted to open this up, because there is no social space for LGBT people in Liberia.
So if a kid gets kicked out by his parents, and he comes to a member of our office, maybe he comes to one of our houses for one or two days. But we would not have the funds to take him in for a whole month. Because there are no resources for that. So it is kind of challenging. But the freedom festival we were able to do, as I say, some action in Liberia. Where the idea was to create space and also to promote social consciousness around homophobia.
How do you rate the impact of this action, and how did you see its effects?
The IDAHOT event held over the past two years has created a medium where conversation has started around anti-homophobic incidents and situations. The EPR Project is expected to raise more consciousness on the importance of protection for discriminated groups, of which the LGBT agenda is inclusive.
What advice would you give to other people who’d like to undertake this activity?
Well you will have to create an environment where people talking about these issues can feel safe and comfortable.
I think that they should also target their audience, and be clear as to what is it that they expect. At the same time they need to take security very seriously. That’s why we put the focus on private and community activities because in Africa, and in Liberia, there is really not a lot of privacy. So security then is I think the key word in organising.
One strategy is to relate a scenario where someone has encountered a homophobic situation and use the discussion to create a platform.
If you did this action again, what would you do differently?
We need to change our strategy now to include more members of the community and to target more strategic stakeholders, such as members of the national legislature and judiciary. 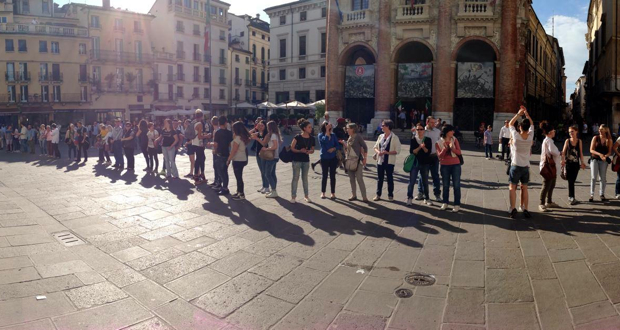 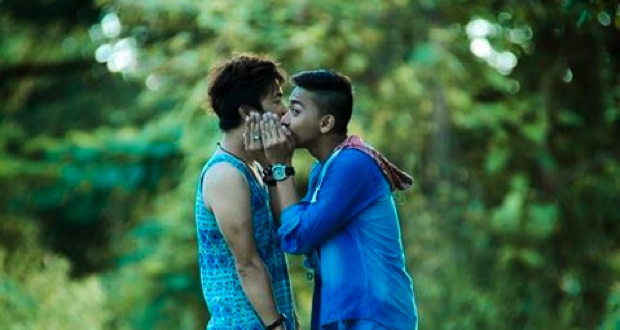