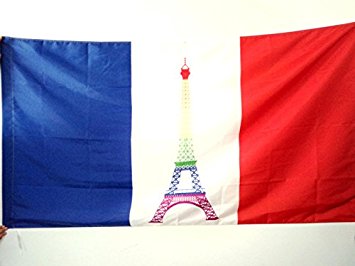 Many events happened all across France traditionally on and around the Day. It is impossible to report on them all.

A national “IDAHO France” organisation exists and does some reporting on activities but they are not representative of the Day in France (the Day is a public date and no one can, nor should, claim it for individual purposes).

The Day is particularly celebrated in many smaller cities across the country, with marches, conferences, film screenings, flash mobs, and more.
The national anti-homophobia project “SOS Homophobie” releases their annual report to coincide with the Day.
The national organisation working for Homeless LGBT youth Le Refuge times their annual fund and awareness raising campaigns
A national rally united activists and organisations (Act Up and Youth organisation MAG featured in this tweet) in Paris’ Republic square Amongst many noteworthy IDAHOTB actions, the City of Paris hosts the annual award for LGBT defenders