In news that will be welcomed by LGBT rights activists worldwide, Exodus International – the US-based organisation at the frontlines of promoting ‘gay cure’ therapies for decades – has announced it is ceasing operations. Last night (June 19), Exodus International released a statement explaining the move as a response to shifting cultural values. “A new generation of Christians is looking for change – and they want to be heard” Exodus Board Member, Tony Mooore, affirmed.

The news that the 37-year old organisation will be shutting down, after its final annual conference this year, comes just one day after Exodus released a watershed apology to “the gay community for years of undue judgment by the organization and the Christian Church as a whole.” Last night’s statement again repudiates the organisation’s aims and acknowledges that its architects have long been “imprisoned in a worldview that’s neither honoring toward our fellow human beings, nor biblical.”
The IDAHO Committee, having campaigned internationally on the ‘Cures That Kill’ platform for two years, welcomes the news that the largest and oldest Christian ministry dealing with faith and homosexuality will be ceasing operations.
Established in 1973, as the ‘Love in Action’ group, by the 1990s, Exodus had become the largest organisation in the world to offer sexual ‘reorientation’ services, networking with – and frequently funding – local actors in Africa, Asia, China, Europe, India and Latin America. It remains to be seen how far the ministry’s influence, now established in ministries far removed from the US context, will continue to be felt in those regions.

The most recent statement released by Exodus International now follows:

Exodus International to Shut Down
JUNE 19, 2013 BY EXODUS INTERNATIONAL
Exodus International to Shut Down
Thirty-seven-year-old ministry for those with same-sex attraction marks its last national conference
Irvine, Calif. (June 19, 2013) — Exodus International, the oldest and largest Christian ministry dealing with faith and homosexuality announced tonight that it’s closing its doors after three-plus decades of ministry. The Board of Directors reached a decision after a year of dialogue and prayer about the organization’s place in a changing culture.
“We’re not negating the ways God used Exodus to positively affect thousands of people, but a new generation of Christians is looking for change – and they want to be heard,” Tony Moore, Board member of Exodus. The message came less than a day after Exodus released a statement apologizing (www.exodusinternational.org/apology) to the gay community for years of undue judgment by the organization and the Christian Church as a whole.
“Exodus is an institution in the conservative Christian world, but we’ve ceased to be a living, breathing organism,” said Alan Chambers, President of Exodus. “For quite some time we’ve been imprisoned in a worldview that’s neither honoring toward our fellow human beings, nor biblical.”
Chambers continued: “From a Judeo-Christian perspective, gay, straight or otherwise, we’re all prodigal sons and daughters. Exodus International is the prodigal’s older brother, trying to impose its will on God’s promises, and make judgments on who’s worthy of His Kingdom. God is calling us to be the Father – to welcome everyone, to love unhindered.”
For these reasons, the Board of Directors unanimously voted to close Exodus International and begin a separate ministry. “This is a new season of ministry, to a new generation,” said Chambers. “Our goals are to reduce fear (reducefear.org), and come alongside churches to become safe, welcoming, and mutually transforming communities.”
Local affiliated ministries, which have always been autonomous, will continue, but not under the name or umbrella of Exodus.
Exodus President, Alan Chambers, is available for interviews. For press credentials or to set up an interview, contact Amy Tracy at 407/808-9831 or719/355-9075; amytracybusiness@gmail.com. For additional information and a schedule of activities, please go to
http://www.exodusfreedom.org. 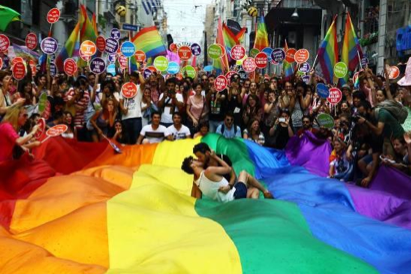