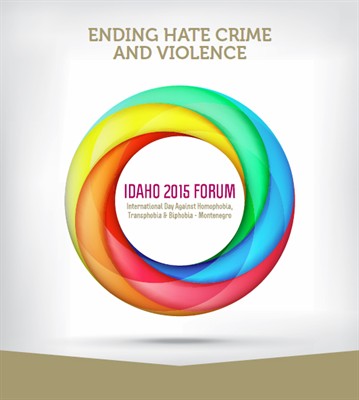 The European Parliament officially recognised May 17 by a Parliamentary resolution as early as 2005 and European Institutions have every year since developed a vast programme of action.
Since 2013, all European Institutions, major NGOs and specific LGBT networks, like the “Rainbow Cities” gather on the IDAHOT week for a regional conference which debates over policy issues at EU levels on LGBT matters.
After Netherlands and Malta, the conference will be hosted this year by the Montenegrin government
Also part of the IDAHOT week celebration, there will the screening of the film “Prayers for Bobby”, followed by a discussion with the directors of the movie, Ulrike Lunacek (Vice-President of the European Parliament  and member of the IDAHO Committee Advisory Board), Dimitrios Papadimoulis (Vice-president of the European Parliament), and activists.

Third International Ministerial IDAHO Forum 10-12th May
Third IDAHO Forum titled “Ending hate crime and violence”, hosted by the Government of Montenegro, will take place on May 10-12, 2015, marking this year’s International Day Against Homophobia, Transphobia and Biphobia.
It will gather senior representatives of national governments, the Council of Europe, the Parliamentary Assembly of the Council of Europe, the European Commission, the European Parliament, Law Enforcement and the European Govermental LGBT Focal Points Network representatives, as well as members of international and national non-governmental organizations dealing with LGBTI issues.
Forum, to be held in Montenegro, will address several topics, through panels, sessions and meetings, such as:
• Two Years of Impact working for lasting change: Progress achieved to date on the agenda by European IDAHO Forums 2013-2015
• Taking a comprehensive approach tackling discrimination in Europe: Hate Crime, Bias Crimes and Violence Against LGBTI People
• 3rd IDAHO informal Ministerial meeting
(for Ministers from the EU and the Region only)
• Combating Myths and Stereotypes with Tools for Police and Judicial Education on LGBTI: A review of the best available practices to combat myths and stereotypes about LGBTI people
• Regional approach: Mutual learning, exchange of best practices and cooperation in combating discrimination and promoting equality for LGBTI people
• European Court of Human Rights promoting and protecting LGBT people’s human rights.
As part of IDAHO Forum 2015, 14th Roundtable of the European Governmental LGBT Focal Points Network (Invitational), Informal Intergovernmental Organizations coordination meeting on LGBTI issues (IGO’s only) and presentation “Human rights of intersex people: challenges ahead” will be organized.
All details HERE 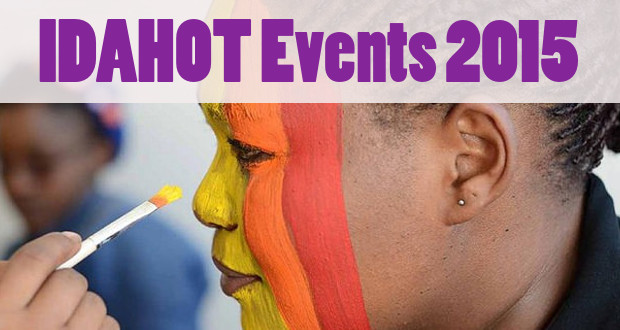 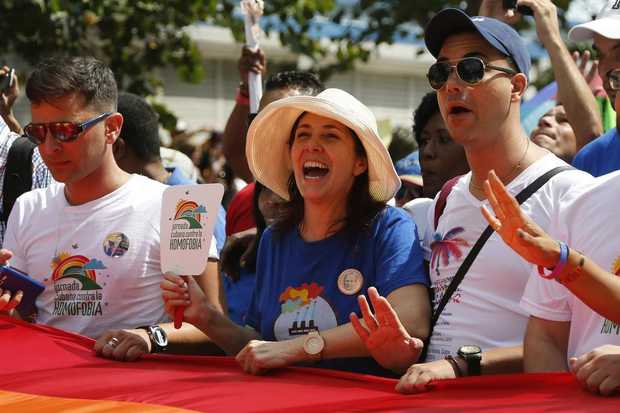