Celebrating IDAHOT for the first time: Insight into a milestone event 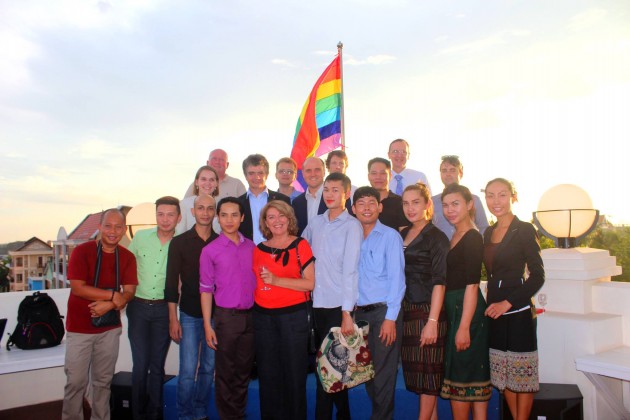 The International day against Homophobia, Transphobia and Biphobia has been celebrated in around 130 countries worldwide, even in those countries where LGBTQI people fear harsh punishment for their activities. Even in countries where activists don’t fear any legal consequences stigma and discrimination are still realities that create huge obstacles. But still, activists are coming together to find a way to build up the community and raise awareness through activities and campaigns. Every year, more countries are joining the list and participate in the global IDAHOT commemoration with their individual events for the first time.
This year, one of these countries was Laos where a group of LGBT activists together with representatives of the European Union organized the first ever IDAHOT festivity in the country. We talked to Nakhornphet Pasomsouk who was part of the organizing team for the IDAHOT celebration as well as the ‘Proud To Be Us – Laos’ event. Nakhornphet told us about the experiences and difficulties they had in organizing the event and provided an inspirational insight into the importance it has for the Lao LGBTQI community.
Thank you so much for taking the time and congratulations to your very first IDAHOT event!
To start with, it would be great if you could tell us a little bit about the group Proud To Be Us – Laos, and the work are you doing.
I will start with a small brief on the ‘Proud To Be Us – Laos’ event. The event was initiated by an organising committee, which was supported by the US Embassy in Laos. It was like an unofficial Pride event in Laos but we cannot call it “Pride” because of social resistance to this concept and this is the reason why we consulted with the LGBT community and came up with the title ‘Proud to Be Us’.
And the event was held for the first time in 2012? Yes, it was the first time. The event was to highlight the diversity and the specific issues of LGBT people.  But because we cannot adopt a broad Human Rights framework the event focused specifically on concrete health issues. For instance health care, sexual and reproductive health, STI prevention and so on. The event was attended by the Head of the Center of HIV/AIDS & STI and many representatives of civil organisations who work on health, who have projects with MSM and on HIV, health care providers and health care services. The second year we grew bigger as there were more participants, including representatives of the German and British Embassies, who spoke at the event. Compared to the first year there were more participants because we increased the promotion of the event. In the first year, we kind of hesitated because we did not know what it would be like, as LGBT stigma and discrimination is still a problem in Laos.
What were the risks you feared? Did you fear any reaction from the state authorities or more from the general population?
We as the committee board members of the ‘Proud To Be Us’ event were concerned about security since the LGBT issue is very new and stigma & discrimination against LGBT people are very hight. There are no protection laws and local authorities have no understanding of the issue. The very notion of “LGBT” is very new to Laos. People who are not directly concerned have no idea what “LGBT” is.
Since 2012, have you done the ‘Proud To Be Us’ event every year?
We did it again in 2013, and everything went really well, it started to get bigger and bigger. The team was very impressed by the outcome and the result. But these are the only two times we held the event. We actually planned to have it every year but in 2014 we had some technical problems. That is why we postponed the event from 2014 to 2015. The members of the committee are now coordinating with the U.S. Embassy to prepare the event.
And how did you come up with the plan to celebrate IDAHOT this year? You did it together with the European Union Representatives. Did you already cooperate with them before ?
Last year when we planned to organise the ‘Proud To Be Us’ event we tried to think of something bigger compared to the previous year. We tried to get more people involved, such as the EU. As I said we did not get to hold the event last year but we had made the connection. The idea to do something for IDAHOT came from the EU representatives themselves. Then we had a discussion with the EU about the rainbow flag because it was not only the first time to mark IDAHOT but also the first time ever that the rainbow flag was officially flying alongside with the EU flag in Laos. To the LGBT committee it is a big deal, it is a huge impression and we really appreciated that. The event was attended by the British and the Australian Ambassadors and a representative of US embassy to Laos. And of course, Michel Goffin, the representative of the EU in Laos provided the speech for the event.
How was the media coverage? That was another big thing for us, that the Lao National Television also attended. We invited them to come and also to interview representatives of the LGBT committee, which included the transgender activist, about the LGBT community in Laos and the difficulties they face and their experiences. These were the questions in the interview. It is exciting because after that the Lao National Television aired it on TV for the very first time in Laos. Like the IDAHOT celebration, it was the first time having an interview with LGBT activists on National TV. As I said before, it is quite difficult for us to organise anything, especially about LGBT Rights. So when we saw the National Television airing about LGBT and our event, it was something very impressive and it has become one of the milestones of our LGBT community.
Do you already have any reactions from the general population? Do you have a feeling or any impressions on how this was received?
We had the feedback from our friends at the committee and also the friends of the LGBT activists who were interviewed. They were happy, they were glad that we as LGBT activists got to be interviewed about the situation of LGBT in Laos and also about the event itself. We received positive feedback because after that we created the ‘Proud To Be Us’ page and the number of LIKEs is increasing.
What kind of impact did you hope this event would have on the lives and the situation of LGBT in Laos?
We keep hoping that this event- as well as all the other activities we organise- will help raise awareness of being LGBT in Laos in the general community and from local authorities. Raising awareness of what LGBT means is the very first important thing. As I mentioned earlier, this is all very new in Laos and the general population does not know much about LGBT.
Since there were so many different organisations invited to the event, did you also get a chance to build new networks, new collaborations?
Yes, there were many INGO representatives. There was a chance for the LGBT committee to talk to them and also tell them what IDAHOT is about. I personally got a chance to talk to a woman who is staff at the Australian Embassy to Laos. I told her about the IDAHOT event before, as well as the ‘Proud To Be Us’ event and the next step of the LGBT initiative, what we would like to do. It seems it went really well in the discussion, she seemed really happy to know and interested in participating and supporting at some point if they can. They were very supportive in terms of conducting and implementing these types of activities.
What were the most important aspects you focused on during the preparations, was it safety or content, or how to invite media…?
Inviting people and especially the media, the Lao National Television, was done by the EU. We as the LGBT committee felt great and that we were safe because it was organised on their grounds. But for the preparations, we were focusing on getting people involved, especially the LGBT community.
Did you chose to announce the event publicly?
The event was open to everyone but when we promoted the event it was not that broad and open. We did the promotion through our networks first, within the LGBT community and the stakeholders. It was open but not really broad. Still, I hope that maybe next year it will be more. So I hope that next year it will be bigger as well.
And was there anything this year that you feel you would like to do differently next time?
If the European Union supports us to organise the IDAHOT event again next year, we as the committee would like to see more of the LGBT representatives and community attending. Not only the LGBT community of course, also other stakeholders, like INGOs and companies, so as to spread awareness about IDAHOT and the LGBT people in Laos.
Did you also discuss at any point to get the local authorities involved in any of the events?
It is one of the things we would like to do, too. We want to take the steps safely and comfortably but of course we want the local authorities to be involved. As I mentioned already that for the first year, we organised the ‘Proud To Be Us’ event, the head of the Centre of HIV/AIDS and STI participated. But he could not make it to the second year’s event, so for the next time we would like to invite him and also other local authorities to participate. 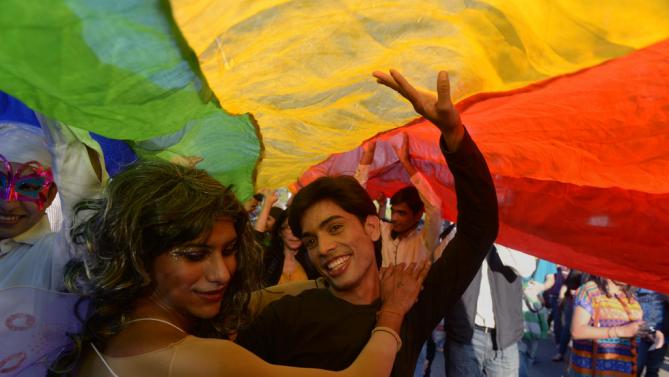 Indian corporate executive sends out IDAHOT message to all staff 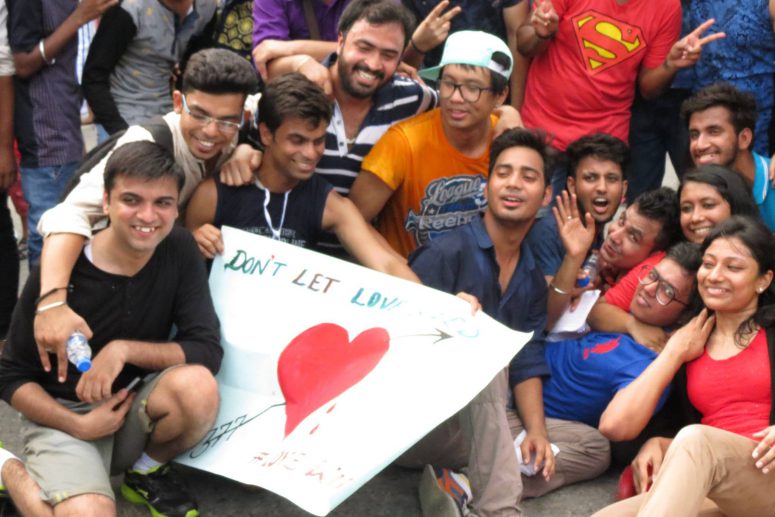