Today there is cause for celebration for defenders of LGBTI rights, democracy and human rights in Uganda – and around the world – as Uganda’s Anti-Homosexuality Law has just been dramatically struck down as unconstitutional by the country’s highest court (Friday, August 1).

The case has been being heard by the Constitutional Court since Tuesday (July 29), brought by a team of pro-democracy campaigners, who argued the law was pushed through Parliament in December 2013 in an unconstitutional way – without quorum (enough MPs present to make it valid).
Today the Court ruled in favour of the petitioners, finding the government guilty of breaking constitutional rules.
This meant that other grounds on which petitioners were preparing to fight (freedom of expression, right to privacy, non-discrimination) did not even have to be heard as the law was struck down on this issue alone.
Sexual Minorities Uganda Director and one of the petitioners, Frank Mugisha, tweeted after the leaving the court room:

Well-known Ugandan LGBTI and human rights defender, Jacqueline Kasha, also took to twitter in celebration, affirming: “I am no longer criminal today. We have made history for generations to come.”

FINAL JUDGEMENT: Iam nolonger http://t.co/ekOD5G8eQO we have made history for generations to come.speak OUT now. #AHA scraped.EXCRUCIATING.

Prof. Sheila Tlou, UNAIDS Regional Director for Eastern and Southern Africa, and Former Minister of Health of Botswana, also joined a chorus of positive reactions across the region, declaring the ruling a “Great victory for justice”.

As the dust begins to settle, LGBTI and human rights campaigners in Uganda are also bracing themselves for a backlash. The possibility still stands that the Ugandan government can appeal the ruling, or that they could reintroduce the law into Parliament again. Pastor Martin Ssempa, one of the chief backers of the law, has already affirmed on national television that “we will appeal to the Supreme Court”.
According to one local media report, President Museveni is already planning a press conference for tomorrow, following pressure from supporters of the law.
Right now, however, celebration is in the air.
And whatever the final outcome, today’s decision will surely stand as a one-in-a-generation victory for defenders of LGBTI and human rights, and democracy, in Uganda. 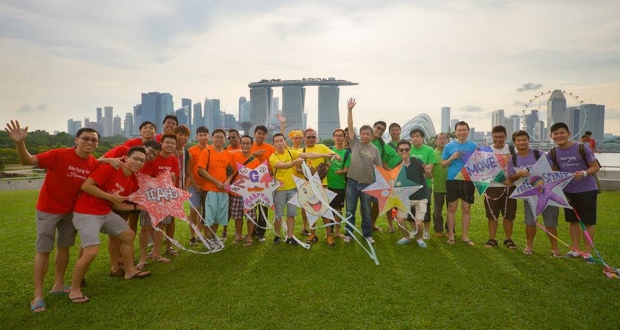 Go Fly a Kite: Kite Flying for Harmony, from Singapore