Barack Obama issues statement on the International Day Against Homophobia, Biphobia and Transphobia 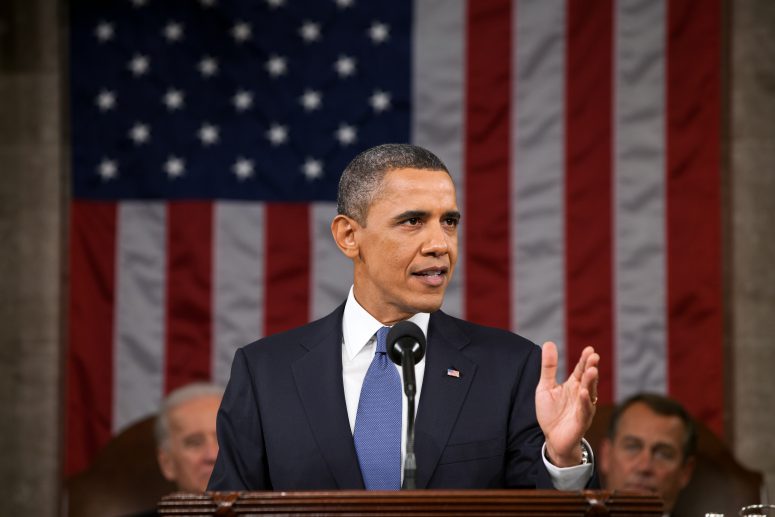 President of the United States of America, Barack Obama, has today issued an official statement in support of the International Day Against Homophobia, Biphobia and Transphobia.
The statement speaks of an American commitment to the human rights and dignity of the LGBT community, and also notes that ‘all people deserve to live free from fear, violence, and discrimination.’
The statement is not President Obama’s first time addressing IDAHOT while in office, following an earlier message of support made in 2014. As well as drawing attention to the day, the President’s words of encouragement helped support the hard work being done by American communities on the advancement on LGBTI equality.
The full statement reads:

Michelle and I join our fellow Americans and others around the world in commemorating the International Day Against Homophobia and Transphobia tomorrow, May 17. We take this opportunity to reaffirm that lesbian, gay, bisexual, and transgender (LGBT) rights are human rights, to celebrate the dignity of every person, and to underscore that all people deserve to live free from fear, violence, and discrimination, regardless of who they are of whom they love.
We work toward this goal every day. Here at home, we are working to end bias-motivated violence, combat discrimination in the workplace, and address the specific needs of transgender persons. Overseas, I am proud of the steps that the United States has taken to prioritize the protection and promotion of LGBT rights in our diplomacy and global outreach.
There is much more to do, and this fight for equality will not be won in a day. but we will keep working, at home and abroad, and we will keep fighting, for however long it takes until we are all able to live free and equal in dignity and rights.
Read the Statement on White House site