May 17 is the International Day Against Homophobia, Transphobia and Biphobia.

Lesbian, Gay, Bisexual, Transgender and Intersex people and all their allies and friends

mobilise to advocate for a world that respects and welcomes

you can access the global information portal of the International Day Against Homophobia, Transphobia and Biphobia

is our Spanish version

[box type=”info” ] Breaking news……..United Nations “Free and Equal” Campaign will screen special IDAHOT video on 7-storey screen on Times Square, New York……..Bangkok City Hall and Brisbane bridge will be among the many public buildings lit up in Rainbow Colors for IDAHOT………..IDAHOT photo exhibition will tour colleges in Hong Kong and Macau……Vietnam will see massive rallies in favor of same-sex marriages………Online video project will document realities of LGBTI African people……..[/box] 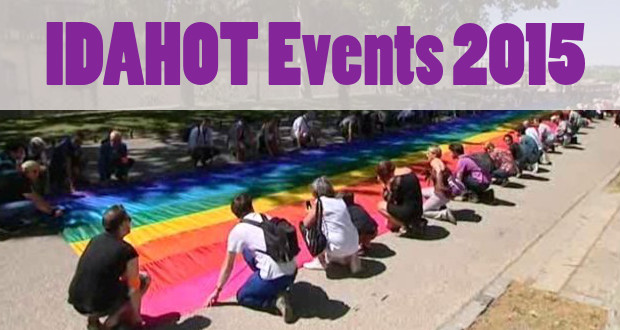