ACTIVE IDAHOT CELEBRATIONS TO BE HELD IN FRANCE 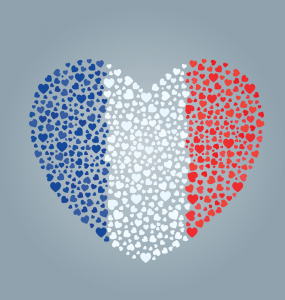 The French context was marked over the last months by a strong surge of homophobia and transphobia, orchestrated by conservative Catholic and right wing constituencies, as a reaction to the introduction of legislation extending marriage and adoption rights to same sex couples, by the current left wing government.
As legislation is still being discussed, opponents are still battling hard, and so the International Day against Homophobia and Transphobia is likely to provide the backdrop for even more initiatives than usual.
In Paris, the country’s largest umbrella organisation inter-LGBT is organising a giant free concert at the place de la Bastille
Flashmobs are being organised in several cities as part of the Global Rainbow Flashmob
Education will be high on the agenda this year again, with Teacher Trade Unions being particularly active around the country in organising training sessions for teachers on how to fight homophobic bullying in the classroom. One of the major unions is organising a symposium at Paris Town hall to raise awareness of the actions of central decision makers, and to unveil its new resource kit for addressing sexual orientation at primary level.
More details in French here
Film screenings and thematic debates have also been announced in many cities across the country.
For more information email the IDAHO committe team via contact@dayagainsthomophobia.org

FIGHT HOMO-TRANSPHOBIA IN & THROUGH EDUCATION