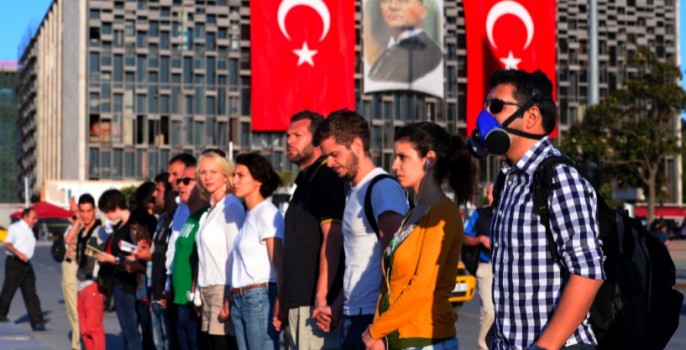 After police violently evicted protesters from Gezi Park, Turkish choreographer Erdem Gunduz took to the streets – to stand alone in Taksim Square, Istanbul, on June 17, 2013. His presence there quickly went viral on Twitter and, within hours, hundreds joined him in silent solidarity. Turkish police later cleared the square and arrested several demonstrators. The next day hundreds more came back.

The idea is really simple: people can get together on May 17 in a public space, not to explicitly hold a ‘protest’, ‘demonstration’ or ‘march’, but to just stand still and/or just talk to one another.
Because it’s not exactly a protest – just a group of people who’ve come together to stand around and talk – it makes it difficult for police to justify dispersing crowds or arresting people. After all, why would a supposedly democratic state arrest people for just talking, or just happening to be together in a public space?
Symbolically, it’s a powerful way to speak up about restrictions on freedoms of expression, assembly and association, and to practically challenge those restrictions at the same time.
Whilst the tactic is designed to work well in places where police repression is likely, it could also make for a thought provoking act of solidarity in places where people do enjoy the right to freely express themselves, and to protest in public.
And even in some really open contexts, where recent crackdowns on freedoms of assembly make public demonstrations difficult (e.g. the UK), it could be a good way for LGBT communities to use May 17 to provoke debate about wider democratic freedoms.
It should also provoke interest from pubic and media. People passing by should be interested in why on everyone has suddenly stopped in the streets and started talking to each other? A good way to amplify the message is to build the action up on social media before hand, and make sure to have plenty of people ready to post live updates.
Use the hashtag #JustTalkin (and #IDAHOT) to help get your message out on the Day. 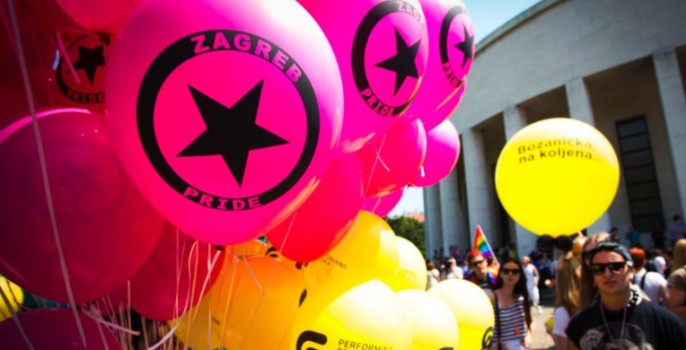