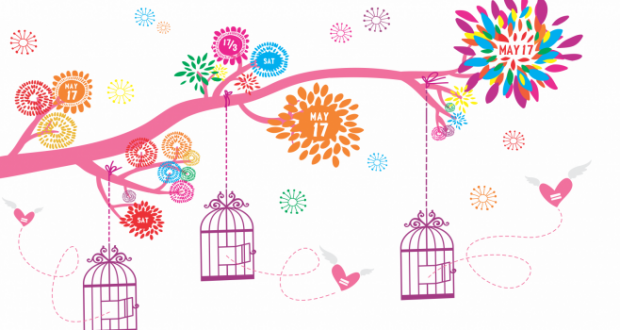 Many community choirs, singers & musicians from around the world  sang out in support of LGBTI rights, for the IDAHOT 2014! (In fact, that’s a bit of a lie – in Blue Mountains, Australia, they came together for a Ukelele Play-Along for IDAHOT.. which isn’t technically singing.. but anyway!). Here we feature some of the performances in different countries. For what is music but the soundtrack to a movement?!

Nationwide
L Project’s fab new song, We’re all Human, was not only declared the official IDAHOT 2014 theme tune song, it also broke into the UK independent charts on the week of May 17! We love it, and you can check it out here:

Leeds
Gay Abandon Choir, from around Leeds in West Yorkshire, joined the global chorus with a moving video performance of “Single Step”:


Edinburgh
Edinburgh’s Loud & Proud Choir were joined by special guests, Common Voices Chorus (from Massachusetts, US), for their Spring Concert on May 17. For more details see their website and facebook page.

At SIPTU’s great series of IDAHOT events at Liberty Hall, Breda Larkin performed an original live song for IDAHOT 2014. You can watch it here:

The LGBT choir, Pelicanto, from Strasbourg, France, joined the global chorus with this spectacular performance of “Uprising” by Muse, featured as part of their “Stras Wars” show. Dedicated to the International Day Against Homophobia and Transphobia 2014, you can watch the video here:
https://drive.google.com/file/d/0B-02nt7oCqy3NjFVc0k2RnF1eEE/edit?usp=sharing
For more information about Pelicanto, see their website.

The Classical Lesbians – a group of women who love women, and classical music! – held a concert ‘Steps to Various Voices Dublin’ on May 17 in the Begine, a women’s center in Berlin. The concert also commemorated the IDAHOT, with an announcement about everyday discrimination against LGBTI communities. They not only addressed the worsening of the situation for LGBTI in Uganda, Cameroon and Russia but also the situation in Germany where anti-LGBTI stigmatization and violence are still an everyday reality. More details to follow!

Beijing Queer Chorus / 北京酷儿合唱团 planned to hold a special IDAHOT 2014 performance in Sunrise Hall, Caoyu Theater in Tainjin, on May 17. With around 20 regular performing members, the chorus is the largest and the only public performing LGBT chorus in China. With a widely varying repertoire from classical music to folk, jazz and pop, the Chorus’s aim is to challenge preconceptions – both musical and social – in society, while providing a social network for its members and audience. More details to follow soon.

The Rainbow Action, a coalition of sexual minority organisation in Korea, performed a flashmob with singing and dancing which took place in the Daehanmun area. You can see their video here:

Okay, this one isn’t technically singing either, but we couldn’t not include it here! A high-energy dance & music #IDAHOT phenomenon from Bangkok’s, the Rainbow All Boy Cheerleaders!

As part of their ‘Sing for Equality’, local organisations played music that symbolises the interests of LGBT people, racial, ethnic, social groups, age, professions and other minorities in Azerbaijan to celebrate May 17. More details coming soon.

Organisations gathered for a major concert, as they launched their new media campaign on hate crimes, and held a discussion that served as the starting point for the Anti-Discrimination Strategy for Bosnia and Herzegovina. More details coming soon!

Le Zbor – a lesbian feminist choir based in Zagreb, not only joined the IDAHOT this year with a special singing performance, but also with a series of events – developed together with Zagreb Pride – focusing on LGBTI refugees & the legacy of fascism in Croatia. As they explained in the lead up to the Day:

Nationwide
For this May 17, Argentinian star Jordana Battaglia, recorded a song for the rights of LGBTI people as part of her commitment to live in a more just and equal world. Born in Buenos Aires, the Argentinian singer’s first television appearance was through the reality show “The Voice” Argentina, which made her well known in the country. You can check out her wonderful IDAHOT contribution here !

Nationwide
IDAHOT Belize also joined the global chorus for May 17 this year with this moving original song, set to a montage of IDAHOT and equal rights posters from around the world.

Melbourne
Melbourne Gay & Lesbian Chorus, together with Melbourne Gay & Lesbian Youth Chorus, performed at Melbourne’s May 17, 2014 ‘Equal Love Rally‘. The rally was a huge success with many hundreds of participants! You can watch a great video-montage of the Rally here, set to the official theme tune song for this year’s Melbourne actions, “Equality“, by Rosco Elliot. Blue Mountains
Last, but by no means least, communities came together in Blue Mountains, Australia, for a Ukelele play-along of Somewhere Over the Rainbow! You can learn the notes here and read more here. 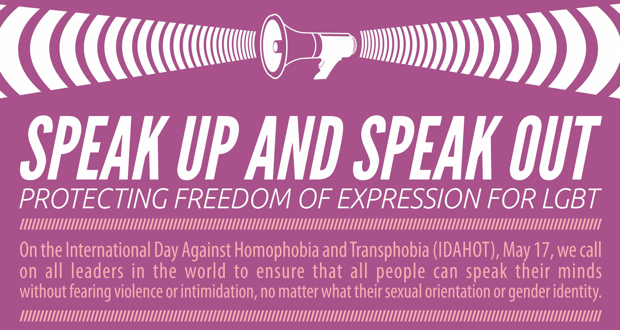 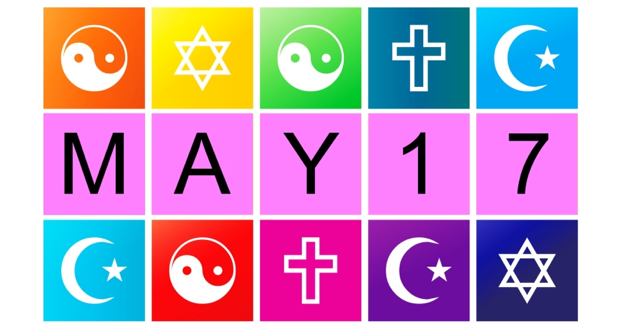