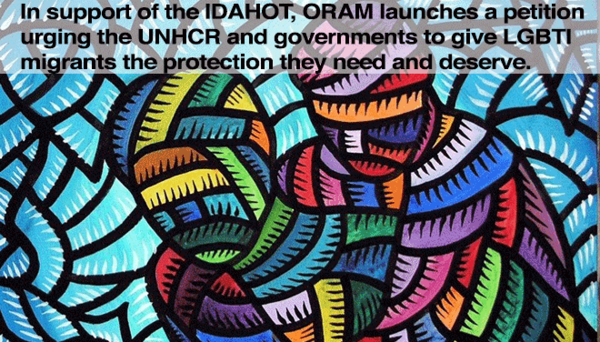 Commemorating IDAHOT day, ORAM, the Organisation for Refuge, Asylum & Migration is releasing a viral campaign urging governments and the UNHCR to open their refugee systems to sexual and gender minorities.

The viral social media campaign for IDAHOT includes “To Carry You,” the work of San Francisco artist Marconi Calindas. Mr. Calindas utilizes vibrant images and colours to depict diversity and promote visions kindness, equality and peace.
Along with raising awareness to the urgent needs of LGBTI refugees worldwide, ORAM’s IDAHOT campaign promotes a campaign urging the UN High Commissioner for Refugees (UNHCR) and governments to open their protection systems to these highly vulnerable migrants. The actions urged include tracking and releasing statistics regarding SOGI based asylum requests; resettling LGBTI refugees; and acquiring needed expertise through trainings. You can find the campaign here and you can support it by sharing their message through the twitter, Facebook, or tumblr links found on the page.
This is an urgent call for the agencies charged with protecting refugees to translate words and documents into action,” said ORAM founder and executive director Neil Grungras. When implemented, the steps we have outlined will go a long way to assure that the few who manage to escape this global epidemic of hatred we reach safety.”
ORAM – Organization for Refuge, Asylum & Migration is the leading global advocate for people fleeing persecution based on their sexual orientation or gender identity.
To find out more about the organisation and their work please visit their website. 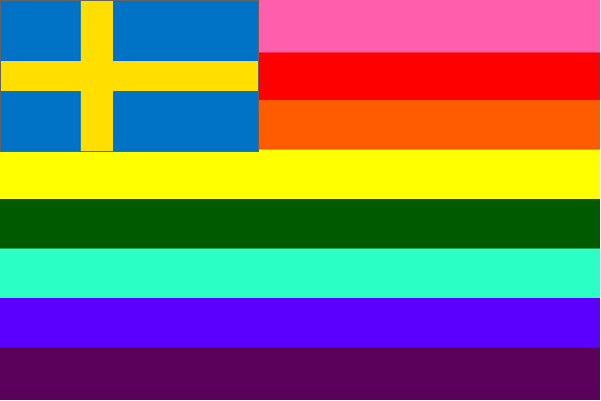