IDAHOT Actions in Belgrade, Serbia on May 17 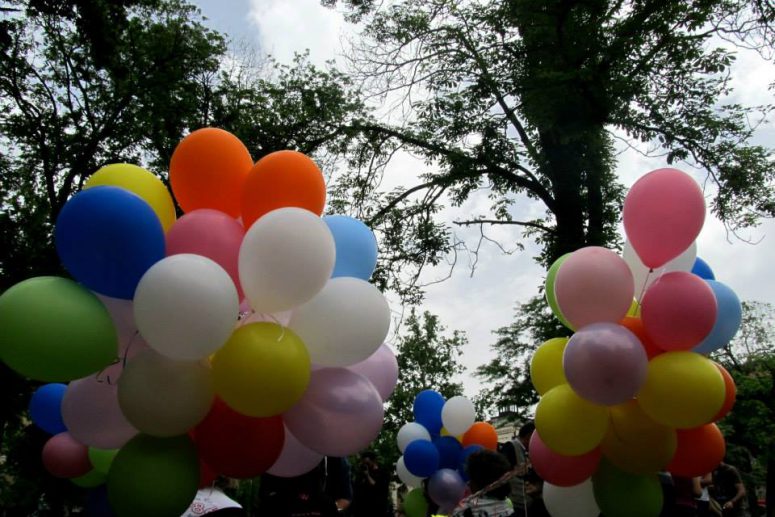 This year’s International Day against Homophobia and Transphobia will be celebrated in Belgrade, Serbia with several activities, featuring cultural events, and the campaign ‘Get a safe space for the LGBT community’.

Photo: International Day against Homophobia and Transphobia 2013 in Belgrade
Labris – Lesbian Human Rights Organization in Belgrade, Serbia will host various activities on May 17. Together with other LGBTI groups they are organising a conference and a public event.
Three LGBT organisations from Belgrade, Safe pulse of Youth, Gayten-LGBT and Labris -Lesbian Human Rights Organisation, are working jointly to advocate for obtaining the municipality space that will be used as a “safe space” for LGBT people where they will be provided the high quality legal, psychological and health advise and support.
For the purpose of this advocating activities, the campaign “Get a safe space for the LGBT community” is conducted. The goal is to establish a centre for counselling and supporting the LGBTIQ community and their families.
To raise awareness of the necessity of the safe space, they will also hold a conference which will underline the hard position of the LGBT people that are often confronted with hate speech and/or hate crime. High level of intolerance, discrimination and violence directed towards LGBTIQ community in Serbia presents a constant threat for people whose gender expression is different that those proscribed by traditional gender roles. LGBTIQ community members are thus forced to keep their sexual orientation and gender identity repressed and hidden. On the other hand, mainstream media generally don’t report on numerous difficulties LGBTIQ people are facing on everyday basis and decision-makers on all levels, as well as experts in different relevant areas (legal experts, health professionals, social workers, psychologist, psychiatrists and psychotherapists) are, in general, not well informed on those issues. All this factors contribute to unacceptable level of invisibility of LGBTIQ community in the country.

Round table ‘LGBTIQ center as an efficient approach in dealing with psycho-social and health issues in LGBTIQ population’, organised within our project, aims to address those issues and contribute to visibility, freedom of expression and freedom of speech of LGBTIQ community in Serbia.

Welcome speech will be devoted to the common problem in Serbia, general topic of the IDAHO 2014 – Freedom of speech.
Labris was founded in 1995 and is therfore one of the oldest Lesbian organisations in the region. Their mission is to eliminate all violence against lesbian and all women in general and to fight for equal Human Rights for LGBTI people. Their vision is a society in which everyone has equal rights and discrimination based on sexual orientation and gender identity does not exist anymore.
Their work consists of various programs.
– The information centre: empowerment workshops and meetings for LGBTI people- and especially lesbians
– The educational program: workshop to sensitize various relevant stakeholders, especially health and social workers, professors etc. for LGBTI rights and to raise awareness of discrimination and the obstacles sexual and gender minorities face on a daily basis
– The Lobbying and Advocacy Program: Labris has been involved in various campaigns and lobbying work on a national and European level.
Labris’ work has had and still has a big impact on the community in the area and beyond. If you would like to know more about their work, visit their website or check out their Facebook page.
LAUGH OUT PROUD
As part of an international tour, on May 14 there will be the project “Laugh put proud” which consists of stand up comedy night which will be held in Zagreb, Belgrade and Split.
In the show with the symbolic name will appear LGBT comedians from the UK Scott Capurro and Lara King, and the show will host Marina Orsag from Croatia.
The aim of the project “Laugh put proud” is to influence people’s awareness regarding LGBT rights through humor and stand-up comedy in the period of the International Day Against Homophobia. The project was launched by LGBT groups “Lezer” from Zagreb, led by Marine Orsag.
Organizer for Belgrade: Standup.rs
Here is a small taste of last year’s IDAHOT in Belgrade. 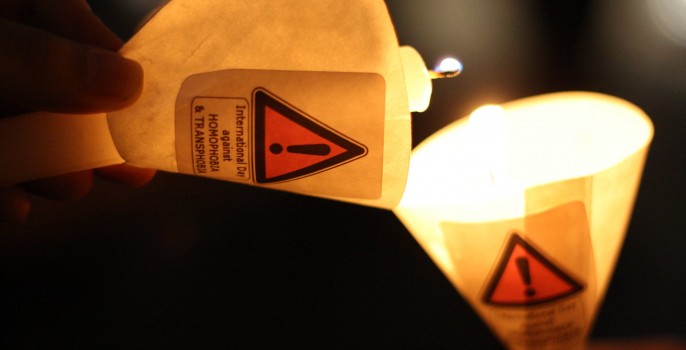