This article was originally published by Human Rights Watch. Read the original HERE
(Beirut) – The Lebanese Internal Security Forces arrested a prominent LGBT rights activist and pressured him to cancel Beirut Pride events, Human Rights Watch said today. The crackdown violates freedom of assembly and association and is a step backward in a country that has made progress toward respecting the rights of LGBT people.
Beirut Pride, nine days of activities aimed at celebrating lesbian, gay, bisexual, and transgender identities, kicked off on May 12, 2018, with a brunch to honor families who support their LGBT children, and was scheduled to coincide with the International Day Against Homophobia and Transphobia (IDAHOT) on May 17. Scheduled events included a queer poetry reading, a karaoke night, a discussion of sexual health and HIV, and a legal literacy workshop. However, on May 14, Internal Security Forces raided an LGBT-themed theater reading and summoned Beirut Pride organizer Hadi Damien to the Hobeich police station, where he was held overnight.
“Official interference with Beirut Pride is an outrageous step backward in a country where the judiciary and some politicians seem to be moving forward on LGBT rights,” said Lama Fakih, deputy Middle East director at Human Rights Watch. “There’s no justification for shutting down cultural events and health and legal workshops in the name of morality.”
Damien said the Vice Squad interrogated him, told him that the public prosecutor had banned Pride week, and pressured him to sign a statement calling off all further Beirut Pride events or face charges of “incitement to immorality” and “breach of public morality.” Beirut Pride subsequently issued a statement suspending the events. The Internal Security Forces did not respond to a Human Rights Watch request for comment and it is not clear if the public prosecutor has issued a ban.
Some activists said they plan to reschedule Pride events, while other events are continuing as planned in spite of the crackdown. “These violations against freedoms [give] us the energy to further advocate for freedoms,” the Arab Foundation for Freedoms and Equality (AFE), a group that works to advance LGBT and other human rights, said in a statement. Separate IDAHOT events organized by Helem took place on May 17 as scheduled. Helem’s director, Genwa Samhat, said that they often face pressure but are not canceling events and that the movement is ongoing.
Lebanese activists have organized IDAHOT events since 2005 and many taken place without police interference. In 2017, the first year of public Beirut Pride events that received mainstream media coverage, extremist groups forced the closure of two events, with the complicity of Lebanese authorities, but other events went forward as planned. In May 2017, Lebanese authorities also ordered the Crowne Plaza Hotel in Beirut not to host a human rights workshop organized by AFE.
Article 534 of Lebanon’s penal code punishes “any sexual intercourse contrary to the order of nature” with up to one year in prison, a provision that has been used frequently to prosecute people suspected of homosexuality. Human Rights Watch has documented reports of torture and ill-treatment by police and the military against people arrested under article 534. However, in four cases in the past 10 years, courts have ruled that this article cannot be used to prosecute consensual sex between people of the same sex, on the grounds that homosexual sex is not “unnatural.”
As Lebanon is a state party to the International Covenant on Civil and Political Rights (ICCPR), Lebanese authorities are required to uphold and protect freedom of assembly and association. Restrictions on such rights can only be imposed when they are not arbitrary (i.e. set out in clear domestic law), for a legitimate reason, proportionate, and do not discriminate on grounds prohibited in international law, which include sexual orientation and gender identity.
Lebanon is home to a vibrant, creative, and diverse LGBT rights movement, with activist groups engaged in a wide range of activities. These include advocacy to change discriminatory laws and policies, legal aid, community education on sexual health and rights, training the media on how to report on LGBT issues in a non-stigmatizing way, sensitizing the public about LGBT rights through events and social media, celebrating talent through the arts, and building regional movements.
Several Lebanese activists participated in a recent video campaign produced by Human Rights Watch and AFE that offers messages of support and encouragement to LGBT people in Arabic-speaking countries in the Middle East and North Africa.
In Lebanon’s recent parliamentary elections, several prominent candidates publicly advocated the repeal of article 534 for the first time.
“Lebanon’s new government has a lot of work to do after years of failure to meet citizens’ most basic rights,” Fakih said. “Trying to shut down LGBT pride events and interfering with freedom of expression does not augur well for meaningful change.”

On the same subject, Amnesty International’s article can be accessed here 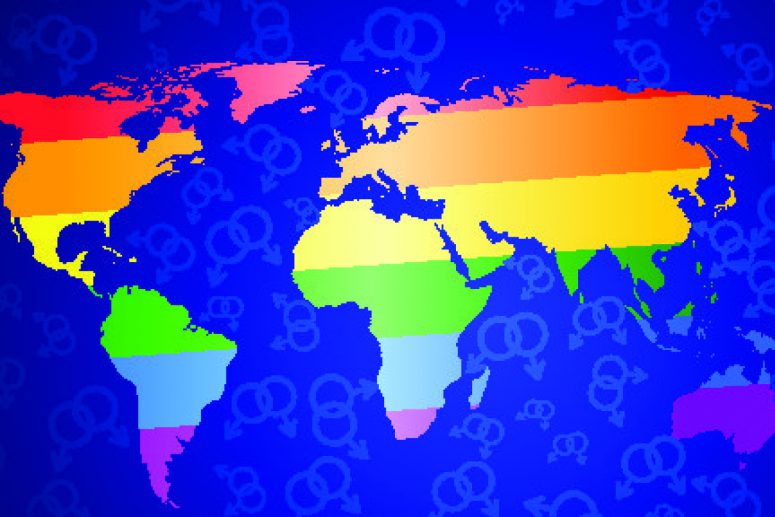