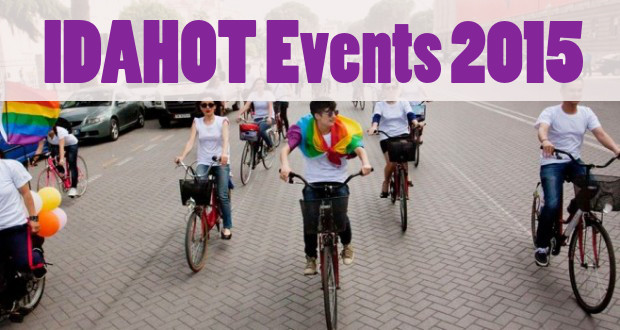 Justice for Iran (JFI) – 17 May 2015
The newly launched “6 Rang Mould Award“, targeting those who have caused the most offence to lesbian, gay and transgender people in Iran, has its first recipients. This marks the first time in history  when individuals in Iran are held accountable for their homophobic acts or comments. Mohammad Javad Larijani, a judiciary official, and Farhang Holakouee, a sociologist, have been announced as the winners.
The Iranian Lesbian and Transgender Network (6Rang) called on people to vote on Facebook earlier this month on the worst cases of homophobic attitudes expressed in Iran between 2009 and 2014. From now on, similar vote will be held annually. 6Rang invites people to cast their votes in two categories: representatives of the state and non-state players.
Mohammad Javad Larijani, the President of the Human Rights Council of the Judiciary, has won in the first category. He received the “anti-prize” for saying: “In our society, homosexuality is an illness, a very bad illness.” He added: “Organizing gatherings and publicizing the issue is an offence and we have very strong laws to confront it.”
Farhang Holakouee, a sociologist, has taken the “anti-prize“ for non-state-players by claiming that 60 to 70 percent of gay people were born in the “wrong body “ but can otherwise be regarded as normal, whereas the remaining 20 to 30 per cent became homosexuals for psychological reasons created by their upbringing.
The names of the first recipients have been made public to coincide with the International Day Against Homophobia on 17 May.
The launch of the award is part of the 6Rang campaign to tackle homophobic attitudes in Iran. The country is among the five states in the world (with Mauritania, Sudan, Saudi Arabia and Yemen) where people still risk execution for same sex relationships. Lesbian, gay and transgender individuals in Iran find themselves under pressure, exerted through an official discourse and enforced by various laws and policies considering homosexuality as a crime, sin and deviation.
At the same time, trans-sexuality is treated as a legitimate health problem for which the sanctioned cure is sex reassignment surgery.
The nominees for “The 6 Rang Mould Award” included Mahmoud Ahmadinejad, the former president; Ali Khamenei, the Supreme Leader of the Islamic Republic; or Mohsen Kadivar, a cleric and reformist politician.
The Iranian Lesbian and Transgender Network (6Rang) hopes that this initiative can help to change homophobic culture and raise the level of its sensitivity to the rights of gay and transgender people.
For further information, please contact: info@6rang.org
For the latest detailed report on human rights violations against lesbian, gay and transgender people in Iran, see: http://6rang.org/english/wp-content/uploads/2014/06/Pathologizing-Identities-Paralyzing-Bodies.pdf

The Iranian Queer Organization IRQO that is registered in Toronto, Canada, translated the 2015 memes and some of the artwork from previous years to provide posters for Farsi-speaking population. Through that they secure that the messages of IDAHOT can be understood completely and provide Iranian LGBTI access to the artwork.
You can find the memes here.
For IDAHOT, the Iranian Railroad for Queer Refugees released the short movie ‘Kids Named Eyzan’.

IDAHOT Events 2015: 'Equality For All' exposition in Mauritius 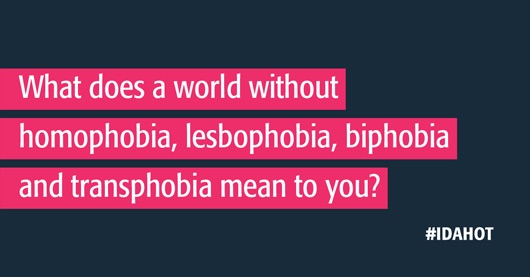 For IDAHOT, IGLHRC asked to imagine a World without LGBT-Phobia