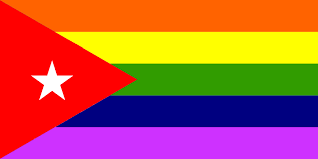 From the Washington Blade

HAVANA — The National Center for Sexual Education on May 4 during a press conference in which it unveiled the program for the 14th annual International Day Against Homophobia, Transphobia and Biphobia events in Cuba announced a bill to amend the family code will be introduced in Parliament in July.

CENESEX Director Mariela Castro Espín said during a meeting with official and foreign media outlets at the International Press Center that this year’s events are part of the process of amending the family code.

She added that this legal change will reflect several rights guaranteed in the constitution, which is why it is necessary to sensitize and educate the Cuban population to avoid prejudice and discrimination.

“I was able to appreciate that the majority of the population … is in favor of recognizing the rights of LGBTI+ people and especially the rights in the family sphere that include the possibility, the option, of marriage,” said Mariela Castro during the press conference.

The official referred to the results of the National Survey on Gender Equality in Cuba, conducted in 2016 and published in 2019. According to this official study, 77 percent of the Cuban population between 15 and 74-years-old said that gays, lesbians, bisexuals and transgender people should have the same rights as any other citizen.

CENESEX’s director, however, did not use this information in the 2018 parliamentary debates sparked by Article 68 of the bill to amend the constitution. The idea that it was not the appropriate time to implement same-gender marriage in Cuba eventually won out.

Mariela Castro told Tremenda Nota a few days before the referendum in which Cuban voters approved the current constitution that she was aware of the survey, but she did not explain why she did not use the data it revealed as an argument (in favor of marriage equality.)

“It was a wasted tool that now we can only use in the next referendum,” then-MP Luis Ángel Adán Roble told Tremenda Nota during a February 2019 interview, as did Mariela Castro.

The moment that Adán Roble mentioned has arrived.

It became known during the May 4 press conference that the family code will be introduced in the scheduled parliamentary session in July. The Council of State on March 22 appointed a commission that will be in charge of preparing the bill, but the list of its members was not made public until April 30. None of them are openly LGBTI+.

Activists over the last few weeks have demanded that Parliament reveal the identities of those who make up the commission and the deadline they have to prevent the Family Code. The May 4 press conference resolved the last outstanding point.

Mariela Castro and CENESEX Deputy Director Manuel Vázquez Seijido explained that numerous activities with the goal of making visible and fighting against all types of discrimination based on sexual orientation and gender identity will virtually take place from May 4 through May 30.

The IDAHOBiT events in Cuba have a program that includes academic dialogue, social activism and artistic presentations from virtual spaces.

Forum debates are among the activities. The Juventud Rebelde newspaper will host the first one with the theme “Deconstructing myths around same-sex families and partners” and Cubadebate will hold the second called “Constitution and Sexual Rights in Cuba: Progress and Main challenges.”

They also announced at the press conference the books “Paquito el de Cuba: A Decade of Online Activism” and “Non-Heteronormative Sexualities and Gender Identities. Tensions and Challenges for Human Rights” will be presented.

There will be virtual panels titled “Diverse Families: Histories of Non-Hegemonic Lives,” “National Program for the Advancement of Women: Opportunities to Confront Homophobia and Transphobia,” “Keys for Inclusive Communication” and “Sexual Rights and Religious Fundamentalisms.”

Castro Espín explained that CENESEX will use its social media accounts to promote the program, contribute to the sexual education of Cubans and the recognition of rights for all people, regardless of gender or sexual orientation.

A show against homophobia and transphobia that will officially end the events will be broadcast on social media and on television. 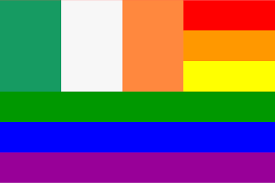 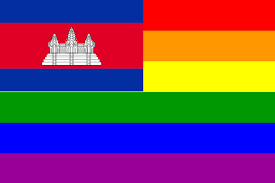